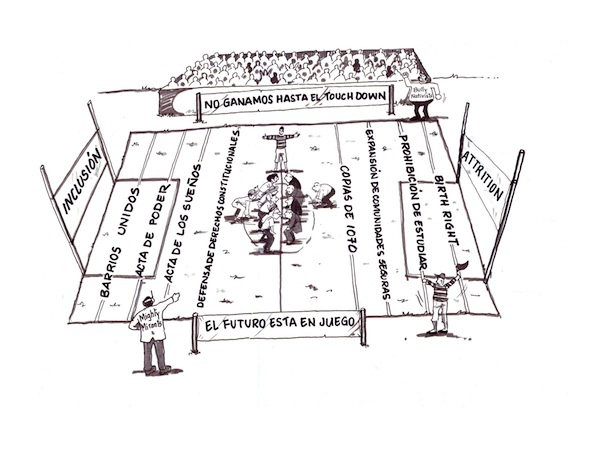 This cartoon, “En Juego” was designed by Alfredo Burgos after the partial injunction of the SB 1070 copy cat law in Georgia. It shows two opposing teams trying to move the ball down the field; one toward attrition, the other toward inclusion. And it shows the incremental steps of progress along the way. We are…

END_OF_DOCUMENT_TOKEN_TO_BE_REPLACED 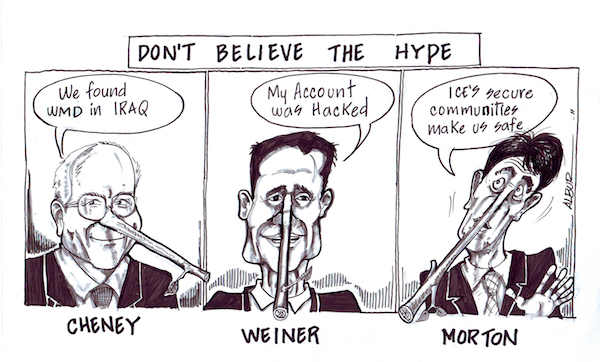 This cartoon, “Don’t Believe the Hype,” came on the heels of the ICE’s report crediting the Se Communities program with aiding a ‘record number of deportations.’ In fiscal year 2011, the Obama administration has deported 396,000+ people and performed enough of a shell game with them to say that 55% of those are “convicted criminals.”…

END_OF_DOCUMENT_TOKEN_TO_BE_REPLACED 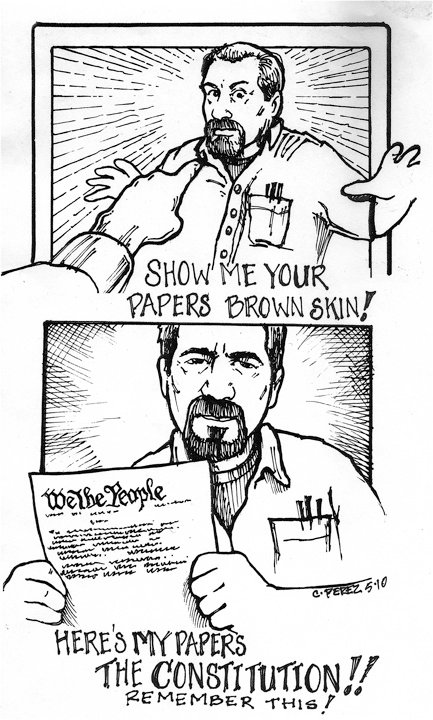 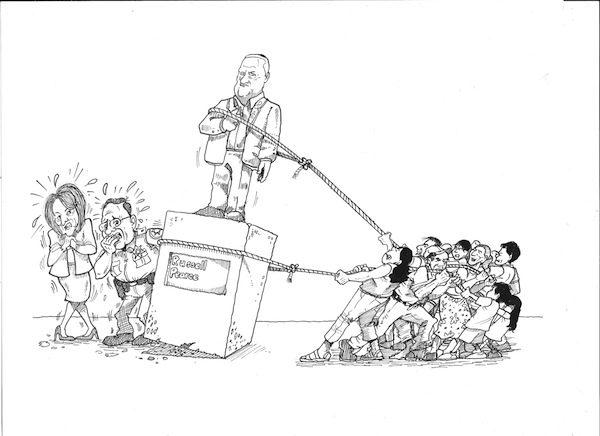 The Harder They Fall

As the people of Arizona continue celebrated the recall of the sponsor of SB 1070, the cartoon shows the other ars of the state’s intolerance trembling at the thought of what’s to come.

Five years on, however, critics believe the programs have been more harmful than useful in local communities. “By giving these federal powers to local authorities, it really creates unnecessary fear and distrust,” said B Loewe. As a member of the National Day Laborer Organizing Network, Loewe says he is all too familiar with the tales of minor police altercations eventually landing individuals before a deportation judge. Loewe points to the number of non-criminals deported by Gaston County as a result of Se Communities alone, last calculated to be the 15th highest percentage in the entire country. “Most of the people put through these proceedings are charged with a crime, but they’re rarely convicted before they are shuffled through ICE,” he said. “It’s a subtle way of subverting due process.” – Gaston Gazette 02.18.2012

END_OF_DOCUMENT_TOKEN_TO_BE_REPLACED 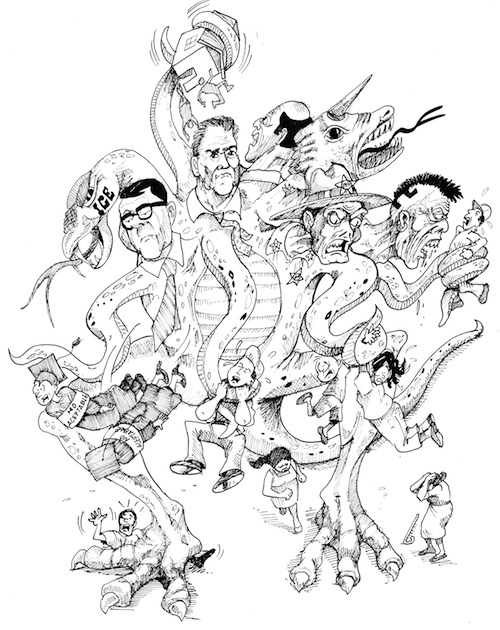 Attrition is a Monster We Defeat with Fearlessness

Attrition is truly a monster. It is the politics of misery. But, like most boogeymen, it loses its power when we face it without fear. It is defeated with love, for each other and our culture.  Alfredo’s cartoons here show those two sides.