Yesterday, WBEZ released a report on recidivism of individuals released under Cook County’s progressive immigration detainer policy, passed in response to dragnet federal immigration programs. The study “finds no evidence that inmates freed from jail against the wishes of immigration authorities reoffend or jump bail more than other freed inmates do.”  In response, Pablo Alvarado of the National Day Laborer Organizing Network issued the following statement:

More than eight months since it passed, ask an ordinance that ended the Cook County Jail’s compliance with immigration detainers keeps causing sparks. The detainers are requests that the jail hold inmates up to two business days extra to help federal officials put them into deportation proceedings. Sheriff Tom Dart and some county commissioners are pressing for the ordinance to be scaled back. So is President Obama’s administration. They all say their motive is to keep dangerous criminals locked up. Yet officials offer no evidence whether inmates freed by the ordinance endanger the public more than other former inmates do. A WBEZ investigation sheds the first light.

As he seeks a third term as Travis County sheriff, Greg Hamilton would prefer the race be about issues like putting more deputies on the streets and ways to improve mental health resources for people booked into the county jail. But after criticism from Hamilton’s opponent in the Democratic primary, John Sisson, the focus has shifted almost entirely to one issue: immigration. More specifically, how the sheriff’s office deals with requests from the federal government to hold suspects with questionable immigration statuses for possible deportation. Sisson has emerged as a critic of the way the Travis County Jail handles Se Communities, a program that helps the federal government identify potential deportation targets by comparing fingerprints against immigration databases after they are booked. At the center of the dispute over Se Communities are two interpretations of the federal law behind it. Hamilton points to the part of the law that says if U.S. Immigration and Customs.

Sheriff Phil Wowak told a group of Watsonville residents and leaders that enforcing deportation law was not the job of sheriff’s deputies or police officers in Santa Cruz County during an emotionally-charged forum about Se Communities Wednesday evening. The event—organized by County Supervisor Greg Caput—brought service providers, elected officials and law enforcement together to speak with residents about immigration issues and specifically Se Communities, a federal program that identifies illegal immigrants through county jail systems and deports them. “We do not ask for your citizenship when you are the victim of a crime or the witness to a crime,” Wowak said to those who gathered at the Veteran’s Memorial Hall on East Beach Street for the event. He added that local police should not be checking people’s immigration status; that is a federal issue.

The Select Board has thrown its support behind a resolution critical of a federal immigration enforcement program and the town’s participation in it – and now Town Meeting will weigh in on the matter. Residents concerned about the Se Communities Act sought to pass the resolution but town officials said the measure could jeopardize state and federal police grants. Town Manager John Musante worked with town counsel Kopelman & Paige to come up with a revised version of the resolution, which states the town’s intention to not participate in federal law enforcement programs related to immigration enforcement. The Select Board Monday unanimously supported the resolution. “It does reflect what Amherst is about,” said Select Board member Aaron Hayden. Ruth Hooke of Precinct 8, who drafted the original version, said she is satisfied with the revision. The intention of the article is to counter the Se Communities program run by U.S. Immigration and Customs Enforcement, which supporte

The new incarnation of AB 1081, which captured national attention last year, formally appeared “in print”  late yesterday and will pick up where the previous version left off, in the state Senate. The bill is expected to be heard in the Senate Public Safety committee next month. (Background information below.)

Jose Barahona says that he would have been killed had he refused to open his door when the armed guerillas occupying his town demanded he let them use his kitchen and sleep on his floor. He says that’s what happened to his father. Dead. And he says it was because of the fear of death during the war raging between the FMLN guerillas and the Salvadoran government that at the age of 24, with his new wife and baby boy, he left his Salvadoran mountain village and came to the United States where the couple would have two more children and where he’d spend the next two and half decades. He thought he’d left all the violence behind. Twenty six years after that departure, on March 22nd 2011, now 51-year-old Barahona was shuttled from a Virginia immigration detention center to an immigration court 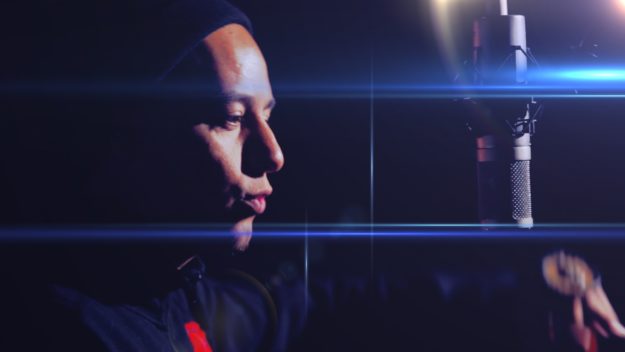 Pieces of Me Unplugged – Olmeca

The announcement came just in time for Mother’s Day: Se Communities, the arbitrary and despised Department of Homeland Security program that requires states to identify immigrants for deportation, ed is expected to be activated across New York State, including in New York City, on Tuesday. In a brave gesture Gov. Cuomo, nearly a year ago, unsuccessfully tried to remove the state from the deportation program that is also strongly opposed by law enforcement officials and domestic violence groups across the country. These groups correctly believe Se Communities undermines public safety by compromising the trust between police and the communities they serve, in addition to encouraging racial profiling, separating families and even deports U.S. citizens. Despite the criticism, the calls for reform or for ending it, and Cuomo’s concern, the Obama administration has continued imposing the fundamentally flawed program in blatant disregard of the human cost and dire consequences.

Rep. Luis Gutierrez (D-Ill.), one of President Barack Obama’s most vocal critics on immigration, was sitting at dinner with his family a couple of weeks ago when his youngest daughter began talking about the president’s “terrible” deportation record. “If they invite us to the White House, I won’t go,” the 24-year-old said, according to Gutierrez. His wife, though, summed up the family’s mixed feelings on the president and immigration. “Yes — but you should clarify that notwithstanding that, we’re all voting for him,” his wife said, according to the congressman. “We can be angry, but we cannot vote for” Mitt Romney, the presumptive Republican nominee. To many supporters of immigration reform, Obama has been a major disappointment.