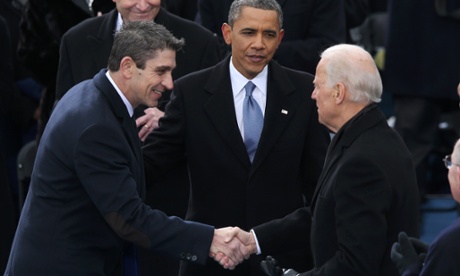 “We must act,” declared President Barack Obama in his second inaugural address. “We cannot afford to delay.”

On a diverse stage that reflected the legacy of our country’s social movements for gay, women, and civil rights, the president spoke about the nation’s unfinished journey towards greater equality. Making reference to the voices of past civil rights leaders, the president forcefully spoke to meet the nation’s challenges, especially our duty to advance equality for gays, women, and immigrants. 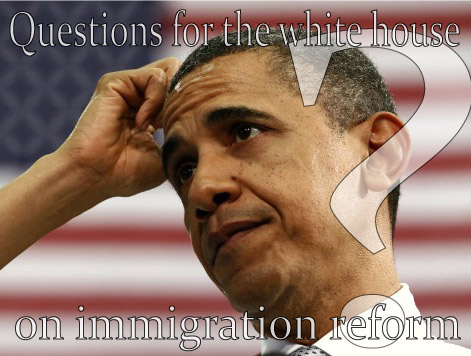 Below are just a few specific questions that we at the National Day Laborer Organizing Network feel should be asked of the White House.

ABC News reported today that the Secretary of Homeland Security Janet Napolitano will be staying on for a second term in the Obama administration. While advocates in Washington, D.C. “cheered” for Secretary Napolitano remaining on the job, Sarahi Uribe at the National Day Laborer Organizing Network (NDLON) criticized the Secretary’s record, “Jane

Ken Nagel thought it would be no problem to hire his daughter at his Phoenix restaurant. He had not considered that Arizona’s new employment verification system, and E-Verify, would deem her ineligible to work. E-Verify, case which attempts to screen out unauthorized immigrants by checking employees against federal databases, failed his daughter, a U.S. citizen. “It was just another frustration,” Nagel told The Arizona Republic. Despite its problems, Congress and the president will consider a national E-Verify mandate in immigration reform proposals this spring. President Obama called for “a system to give employers a reliable way to verify that their employees are here legally.” But E-Verify is not reliable and shifts enforcement costs onto citizens. According to E-Verify’s government audit, a national mandate would deem 1.2 million to 3.5 million legal employees, like Ken Nagel’s daughter, initially ineligible to work. In 2008, Intel, the computer chip maker, put its new employees through..

After Sandy, immigrant groups keeping an eye out for abuse of laborers

Nearly a month after superstorm Sandy, ask immigrant labor rights advocacy groups say they’re unaware of any cases of day laborers being denied payment for work related to recovery efforts. “I’m not hearing anything right now that they’re not getting paid, pharm ” said Stuart Sydenstricker of Wind of the Spirit, an immigrant resource center in Morristown. “But it could take a few more weeks to come out.” Sydenstricker and Diana Mejia, also of Wind of the Spirit, document incidents of wage theft or injuries among immigrant laborers — many of whom speak little or no English — that otherwise might go unreported. Part of the problem with officially tracking such incidents is that the state does not and cannot make inquiries at work sites about workers’ immigration status. Consequently, it’s not possible to say whether undocumented laborers are performing work, according to Department of Labor spokesman Brian T. Murray. If a worker complained of being ripped off for wages by a contractor…

Latino Workers on the Forefront of Sandy Recovery Efforts

The first wave of destruction unleashed by Superstorm Sandy overwhelmed our senses with the fury of its wind and the rage of its surging waters. The second one, search though, s is a quiet yet potentially lethal menace: Sandy covered the devastated landscapes of the New York and New Jersey coastlines with poisonous layers of chemicals, raw sewage and the