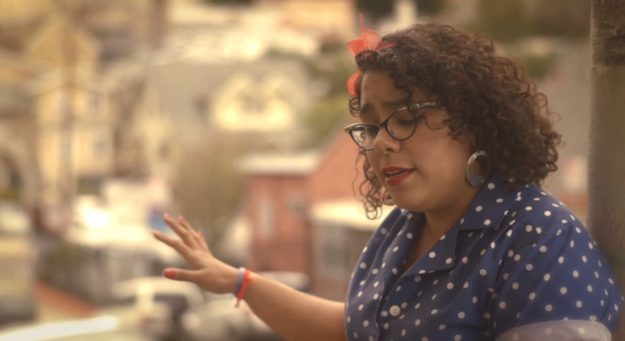 Latinos are less likely to report crimes – even when they’re the victims – for fear of immigration enforcement, according to the results of a survey released Tuesday.

The report looked at attitudes toward law enforcement among Latinos in four counties, including Los Angeles County. It was issued in light of the trend of increased local police involvement in immigration enforcement, its author said.

Many Latinos say they are less likely than before to report crimes because local police are increasingly involved in enforcing immigration laws, leading to a sharp increase in deportations, according to a new study. About 44% of Latinos surveyed said they were less likely now to contact police if they were victims of a crime because they fear…

After superstorm Sandy, LIers look to the future

Trapped in the Deportation Machine : The New Yorker

You get arrested. The authorities run a background check. They need to know if you have outstanding warrants or unpaid tickets, if you jumped bail somewhere, check if you’re driving a stolen vehicle. To obtain your criminal history, they routinely send your fingerprints to the Federal Bureau of Investigation, which keeps a database of more than a hundred million prints. The F.B.I., under a federal program known as Se Communities, will share your fingerprints with the Department of Homeland Security.

Report: Many foreign nationals detained for deportation are not criminals – MiamiHerald

A majority of foreign nationals detained for deportation in Miami-Dade County through the controversial immigration enforcement program called Se Communities were not dangerous criminals, according to a report to be released Monday. The conclusions of the 57 page report, “False Promises: The Failure of Se Communities in Miami-Dade County,” are at odds with the stated objectives of the federal program launched in 2008. Those goals are to detain and deport convicted foreign nationals who pose a threat to public safety and those who are repeat violators of immigration laws, such as immigrants who have returned to the United States after being deported. “Contrary to these policy goals, we found that 61 percent of individuals ordered for removal from Miami-Dade County are either low-level offenders or not guilty of the crime for which they were arrested,” according to the report.

Almost immediately after the bipartisan immigration reform bill was formally introduced early Wednesday in the Senate, calls for an end to the deportations of undocumented immigrants who could qualify for the bill started pouring in. “President [Barack] Obama should seize the opportunity presented today by immediately suspending deportations, at a…