By NDLON StaffMarch 6, 2013
Community members facing deportation and detention to come out at events around the country calling for a moratorium to record-breaking deportations and the federal quota programs that drive them.
03/04/2013—Day laborer and immigrant worker organizations have declared this March a month of action where those in deportation proceedings, will join undocumented youth in ‘coming out’ events to say ‘Not One More (Ni uno más);’ not one more person taken from their loved ones because of deportations.
For the past three years, undocumented youth have held “coming out” events as a central tactic to activate dream-act eligible youth, humanize those targeted by immigration laws, and expose the inhumanity of current immigration policies.  This year, the youth-led initiative will take on a specific focus of deportation and detention and be joined by adults,  day laborers, people facing removal, and broader community members’ participation highlighting the impact of the immigration enforcement policies that have rapidly expanded under the President’s first term in order to meet Immigration and Customs Enforcement’s self-imposed quota of 400,000 deportations per year.
END_OF_DOCUMENT_TOKEN_TO_BE_REPLACED

END_OF_DOCUMENT_TOKEN_TO_BE_REPLACED 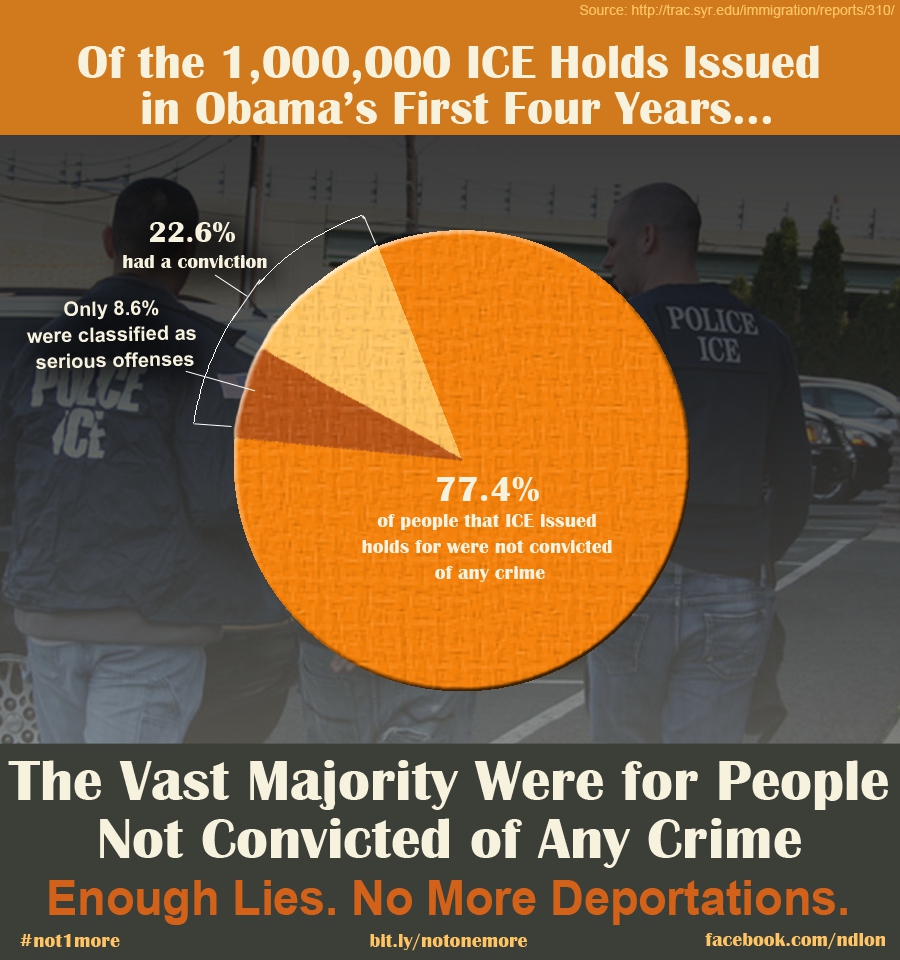