Dear Mr. Biden: The Danger in El Paso Was at Walmart, Not Behind the Wall 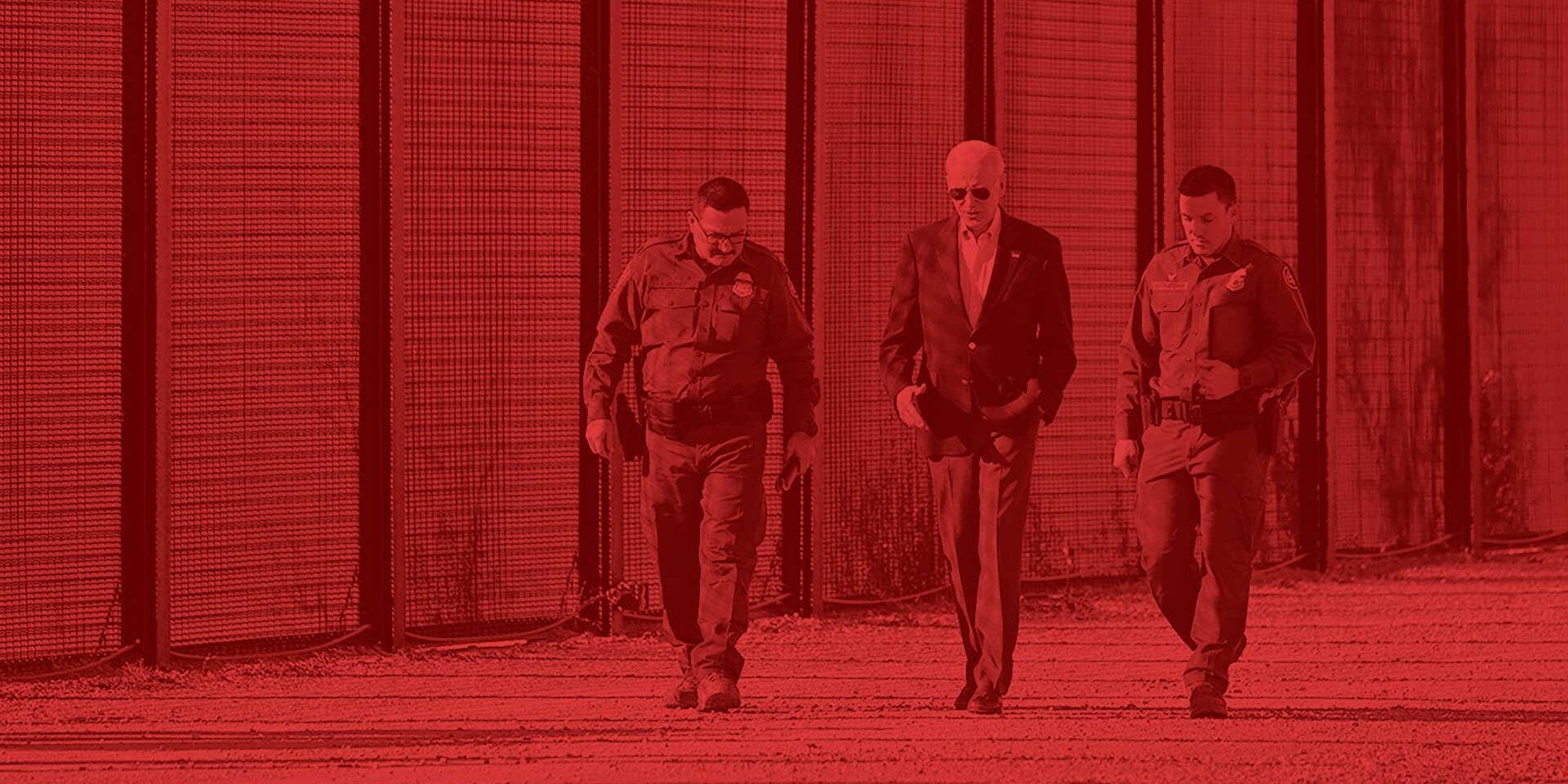 President Biden went to El Paso on Sunday, where migrants and Latina residents are suffering the effects of injustice and xenophobia stoked by racist Republicans in Congress and demagogue Texas politicians — but instead of comforting the victims and survivors, and instead of highlighting the dangers of extremism, his photo op visit lent legitimacy to the white nationalists.

He had about four hours in the city and wasted them on photo ops about border enforcement. It was his first trip to the southern border, at a time of surging nativism and anti-immigrant hatred. But instead of denouncing racism and defending American values of tolerance and welcome, he promised more efficient crackdowns on “unwanted” migrants.

The President could have said what El Pasoans and the rest of the United States needed to hear. He could have repudiated the suspicion and hostility that his predecessor brutally stoked against immigrants and Latinos He could have given hope to the migrants abandoned on the streets of the city and to the El Pasoans who are victims and survivors of anti-immigrant and anti-Latino violence.

He could have gone to the Walmart on the east side of the city, where a Texas man driven by fear of a “Hispanic invasion” shot 23 people dead and injured dozens of others in August 2019. He could have laid a wreath at the memorial there, and said a prayer for the dead and the grieving.

Instead he went to the international bridge, did meet-and-greets with immigration agents and local politicians, toured a migrant-processing center, shook hands with and got scolded by Texas Gov. Greg Abbott, and flew off to Mexico City.

He avoided visiting or even mentioning the bleeding, beating heart of what El Paso means today.

It’s not the wall. It’s the Walmart.

By caving to Republican demands for a meaningless border trip, President Biden put another brick in the wall of racist hostility that views immigrants as threats and the United States as a fortress. This is the mentality that led candidate Donald Trump to disgrace himself in a Texas speech in 2015, when he called the United States “a dumping ground for the rest of the world” and promised to build “a gorgeous wall” to keep immigrants out.

That kind of talk led to his election. It stoked nativist rage. And it led directly to murder, right there in El Paso.

President Biden should take no part in any fear-stoking, anti-immigrant, anti-American exercise. He should do nothing to reinforce the Republican lie that an under-militarized border is the cause of all our problems and that America can only be great again if it seals itself off from desperate migrants, refugees, willing workers, vulnerable children and victims of persecution and violence.

Politicians have been making empty statements at the border in El Paso for years. The border-inspection trip is a trap — and President Biden fell for it.

We hope that his trip to Mexico, where he’ll attend a summit with President Andrés Manuel López Obrador and Prime Minister Justin Trudeau of Canada, will lead to more productive actions and a turn away from ill-conceived, fortress USA policies like Title 42. We all hoped when President Biden won election two years ago that he would use the power of the presidency to reverse course on cruel policies and extinguish the flames of nativism they fuel.

Biden keeps promising that he means well, but he can prove he means it by first addressing racist extremism which constitutes the real threat in my hometown, El Paso.