Background about the DALE Campaign 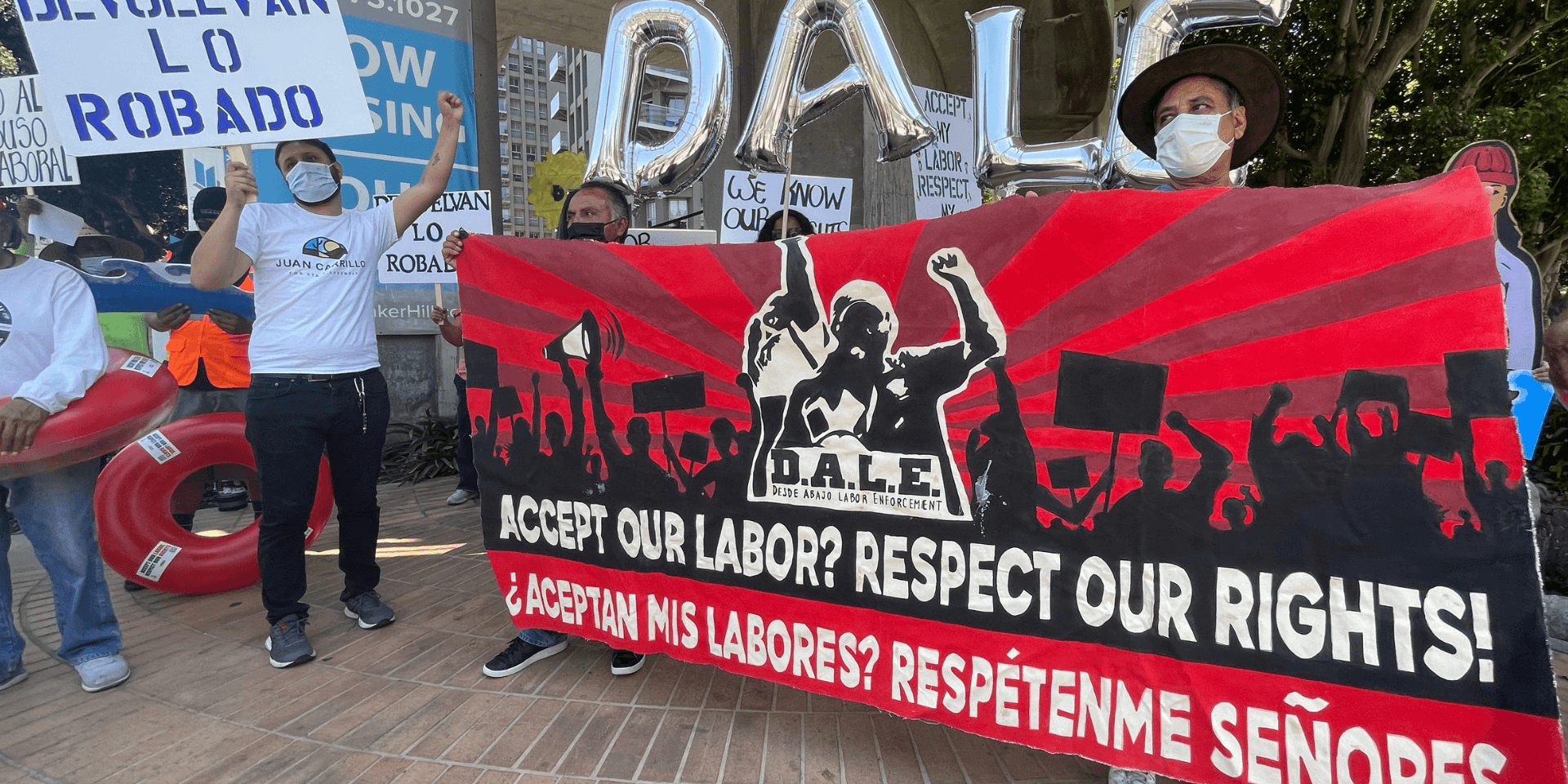 Since day one of the Biden Administration, NDLON day laborer centers and workers’ rights organizations called for immediate use of existing executive authority to protect immigrant workers – by stopping deportations and granting work authorization – for those who denounce workplace abuse, those who continued working through the pandemic and other disasters, and those who lost loved ones to the pandemic. Day laborer worker centers consistently raised the issue both publicly and directly with DHS and the Labor Department, rallying on the steps of the U.S. Labor Department, DHS, and the White House, and the streets of Washington, DC.

In June of 2021, workers from the Arriba Las Vegas Workers Center raised the issue directly with Labor Secretary Marty Walsh during a roundtable meeting in Las Vegas. And throughout 2021, the Arriba Las Vegas Workers Center (requested in April 2021), the Immigrant Alliance for Justice & Equity of Mississippi (requested in April 2021), and Gainesville Familias Unidas, advanced specific requests for protection, making the case for DOL and DHS action.

On October 12, 2021, and in no small part because of this public pressure, DHS Secretary Mayorkas issued a “Workplace Enforcement Memo” directing DHS agencies to develop policies (in six months) to protect workers that denounce workplace abuse. In response, we launched a Blue Ribbon Commission on Immigrant Work – consisting of workers and day laborer centers across various industries and cities nationwide – to ensure that the promise of such a policy is fulfilled.

Workers organized multiple assemblies, public hearings and demonstrations, highlighting the extent of workplace abuse in factories, warehouses, restaurants, fields, and construction sites; the extent of wage theft across industries; and the rampant violations of health and safety standards in dangerous workplaces or in the middle of disasters. On December 8, 2021, the Blue Ribbon Commission hosted a public hearing in Washington, DC where workers from across the country testified to a dozen DHS officials who watched virtually. The hearings and testimonies were then released and delivered in a REPORT on Hearing HIGHLIGHTS & RECOMMENDATIONS.

On November 16, US Senator Booker raised the issue directly with DHS Secretary Mayorkas at a Senate Judiciary Committee hearing. On October 21, NDLON Co-Executive Director Nadia Marin Molina raised the urgency for such a policy on MSNBC.

Since then, WeCount in Florida, the Workers Defense Project in Texas, and Arise Chicago in Illinois have also advanced specific cases for workplace protections for hundreds of workers – and opening new fronts to demand administrative action. Workers from coast to coast, across the south and the midwest, have organized workers assemblies and actions to demand respect and protection for migrant workers.

On July 6, 2022, the US Department of Labor issued guidance, in the form of an FAQ (available in English and Spanish), for immigrant workers denouncing workplace abuse and unsafe work conditions. The question is whether the US Department of Homeland Security and President Biden will follow thru on their own commitments?

Today, workers nationwide are taking action to demand worker migrant justice. Will you join us?