Where Did Los Angeles’ Day Laborers Come From? 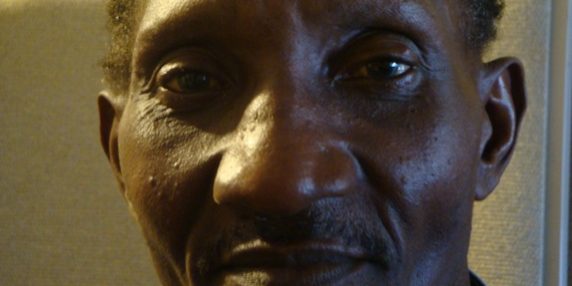 Reuniting With Friend, Losing All Income

Fifty-year-old Michael Kembe, a professional cook and dishwasher, knows he’s in the middle of a simple problem.

“Everybody wants to work,” he says in his accent, like a father imparting life to his son. “In today’s economy, there’s no jobs.”

After a decade of saving some his some earnings from working at Baguettes and Bagels Deli just outside of Atlanta, Georgia, Kembe arrived in Los Angeles in mid-2010 to reconnect with his only friend in America.

Finding a steady job in L.A. has turned out to be much more impossible than the optimistic Kembe had expected. At most, he thought it would take three months to find a job. It’s been 15 months.

Now, he’s stuck. He alternates stays between a shelter and his friend’s house. When he gets the occasional job through a day-labor center, he can splurge on food. Otherwise, he collects food when he can from the shelter and the jobs center.

“You got to appreciate what you are receiving,” he said.

No doubt, he said, that he regrets leaving Atlanta.

As much as he wants to escape the economic deathtrap of California, the chances of him saving enough money to even travel as far as Texas is impossible.

“If I get the opportunity to go back to Atlanta, if somebody offers me something, I go,” he said. “How long am I going to stay like this?”

Sacrificing Self-Pride A High Cost To Return To Mexico
After nearly three decades in America, Oscar Chavez isn’t ready to swallow his pride and return to his parent’s home in Chihuahua, Mexico despite having to live in a shelter the past two years.

After all, the shelter’s an improvement over the year he spent on the streets, he said. And he’s certain the economy is improving.

“There’s more work this year than last year,” he said in Spanish at the Downtown Community Jobs Center, where he comes each day in hopes of earning a temporary assignment. “It’s getting a little better.”

Chavez has gone from working for several years at a factory that made paper towels to eating a full meal once a day off a paper plate.

The thought of hitching a ride back into Mexico regularly pops into his mind. He hasn’t earned enough money to regularly call back home. Most of what he earns on day jobs – unloading and loading cargo trucks, usually –  goes to pay the negotiable $45 weekly rent at his shelter.

When he does call home, the message from his mother, father, brother and sisters is always the same.

Chavez first immigrated to Las Cruces, New Mexico. Then it was onto Las Vegas. But he was scared about staying there during the anti-immigrant wave just after the Sept. 11 terrorist attacks. Los Angeles became his home – and a wonderful one at that – until 2006.

For now, the day-job market is bringing him enough money to some new clothes and socks for the first time in a while.