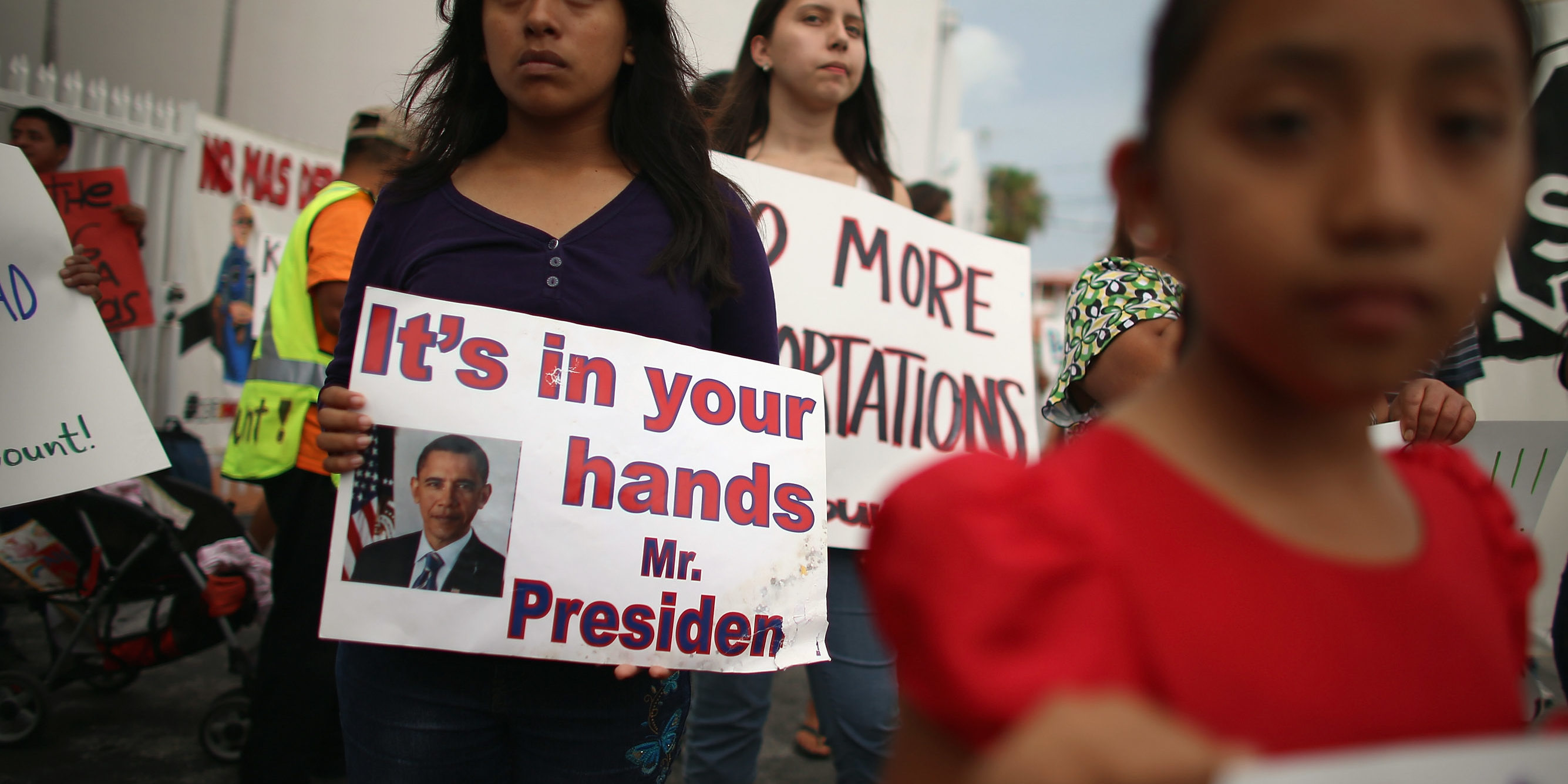 The president at times insists he does not have the executive authority to stop deportations. That is incorrect. In fact, when it comes to immigration, presidential action taken immediately is exactly what’s needed to propel and transform the legislative debate.

The Constitution places the “executive power” of the United States in the president and vests him with authority to execute the laws. The Supreme Court has long recognized that this power includes the “absolute discretion” to determine when and how enforcement resources should be allocated. The Congressional Research Service has defined this discretion, sometimes referred to as “prosecutorial discretion,” as the “wide latitude” to determine “when, whom, how, and even whether to prosecute apparent violations of the law” (emphasis added).

Other presidents, from President Franklin D. Roosevelt to President George H.W. Bush, have used executive action to defer deportations. In fact, so has President Obama. The Deferred Action for Childhood Arrival Program gave temporary immigration relief to young undocumented immigrants known as “Dreamers.” Through a June 2012 memorandum, Homeland Security Secretary Janet Napolitano directed immigration officials to exercise prosecutorial discretion for those who came to the United States when they were very young and who fit specific outlined DACA criteria. The measure did not confer permanent status, but it was designed to offer temporary relief until the enactment of immigration reform—precisely the sort of relief the president could extend to nearly all undocumented immigrants.

Some will raise questions about the political implications if the president were to act and whether he should—but there is no longer any question whether he can. The Supreme Court has repeatedly confirmed the president’s authority to decline to bring enforcement actions. In Heckler v. Chaney, the Court noted that it has historically “recognized on several occasions over many years that an agency’s decision not to prosecute or enforce, whether through civil or criminal process, is a decision generally committed to an agency’s absolute discretion.”

Yet, the hard truth is that while the president can stop deportations, he is choosing not to for political reasons. President Obama appears to think that he must deport people in order to legalize them; he also seems to think that not only continuing deportations is good for legislative negotiations but that deporting people at a higher rate than his predecessors is necessary. It is not.

Certain Republicans may say that expanding relief through direct Presidential action would threaten the debate about comprehensive immigration reform. The White House has promised a year of action and shouldn’t capitulate to any threats.

The same argument was made before the president’s implementation of the deferred-action program for immigrant youth. But DACA didn’t end the prospects for immigration reform—it improved them and helped place immigration reform at the top of the national agenda, relieving the suffering of hundreds of thousands and opening space in the conversation for the full participation of undocumented youth.

A decade of allowing Republican threats to drive the debate has brought the president dangerously close to the milestone of 2 million deportations, but it hasn’t gotten us any closer to a just and humane policy. At this crucial stage, it’s time for a new strategy.

Just last week the president alluded to a shift in his stance and a willingness to consider “all options” for immigration. He shouldn’t wait. Deferred Action for Childhood Arrivals proved that incremental, discretionary relief, albeit temporary, can be good for people, good for politics, and good for the president who shows he won’t wait for obstructionists to bring immigration policy in line with our national values.

More so, there is a greater urgency to drive his actions. As the debate proceeds, the president’s own policies continue to exacerbate, rather than relieve, the pain of the 1,100 immigrants deported daily. Now that it’s undeniably clear that he has the power to stop the aggressive and unjust patterns of enforcement, it’s time for President Obama to use that authority and stop deporting the very people reform is designed to include. This would prove that his talk about compassion for immigrants and taking action is more than just hollow rhetoric.