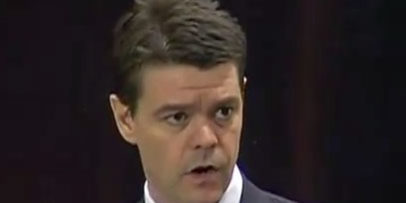 1) It is widely reported that DHS operates with a deportation quota.  In 2010, ICE Union President Chris Crane told the Washington Post, “For ICE leadership it’s not about keeping the community safe, it’s all about chasing that 400,000 number.” And more recently USA Today reported that ICE field offices were given directives how to boost their deportation numbers through means such as combing DMV records.

Question: Yes or no.  Does DHS have a deportation quota of 400,000 per year?  Does this quota conflict with the administration’s stated priorities and prosecutorial discretion policy?

2) Some within DHS explain the recent detainee releases by stating that your agency was performing a systematic review to reassign those people in detention who are not viewed as a threat to more cost-effective supervision.

Question:  How many people are currently being detained by DHS in immigration detention facilities, or in jails, unnecessarily? Why are people who are not viewed as threats still being detained?

3) A federal judge stated that, “there is ample evidence that ICE and DHS have gone out of their way to mislead the public about Se Communities,” and the implementation of the program has been further described as ‘dishonest and dissembling.‘ There have been repeated reports of refusals by ICE field offices to implement prosecutorial discretion directives, bordering on the appearance of mutiny within the agency.   As a result of the agency’s practices, ICE has come to be labeled as a rogue agency.

Question: Can you explain the chain-of-command for implementation of immigration policies such as Se Communities or prosecutorial discretion? Are you acting on orders from Secretary Napolitano, the President, or your own initiative?  Would you describe agency practice as in-line with White House priorities or counter to them? What internal accountability exists for rogue agents, such as those who raided the home of immigrant rights leader, Erika Andiola, in Arizona?

4) In recent months, it was exposed that Director Morton wrote sympathy correspondence with documented hate group, FAIR, bemoaning Cook County’s exercise of its Constitutional authority to redress problems with the Se Communities program.  Similarly, allegations have emerged that Morton lobbied against proposed legislation in California, the TRUST ACT , which would have brought S-Comm into line with stated priorities.

Question: Describe your relationship with the hate group, FAIR. What collaboration was there between your agency and the organization? What efforts did you make to interfere with California’s legislative process?

5) In Maricopa County, Arizona, the Department of Justice has documented that Sheriff Arpaio’s targeting of immigrants and Latinos constitutes the worst case of racial profiling investigators had ever personally witnessed.  After that investigation, the Sheriff has continued his raids and profiling and ICE has continued to be stationed in his jail to process and deport his victims.    Recently, newspapers in Phoenix reported that ICE is training Maricopa County Attorneys on how to escalate charges against those arrested with criminal offenses that will make them deportable.

Question: Although the civil rights abuses of Sheriff Arpaio are well-documented and on-going, your agency continues to collaborate with his office in deporting from Maricopa County one of the highest amounts of people in the country. Can you explain your agency’s role in the civil rights crisis in Arizona and what steps you are taking to address it?