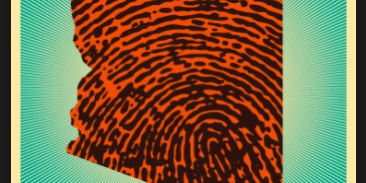 “Arizona residents owe a debt of gratitude to day laborers, not just for doing invaluable work and for enriching the state’s economy, but for defending core constitutional rights.  While the hate and racism that animated Arizona’s SB1070 foreshadowed the bitter debate we are now seeing in this presidential election, it also motivated immigrants to defend cherished civil rights, and it inspired a national movement for tolerance, progress, and equality.  Today, during this period of unprecedented xenophobia and extreme polarization, all sides should come together in unity to celebrate the First Amendment, a national treasure that must be enjoyed equally by all people living and working in Arizona.

“For a long time in Arizona, immigrants in general and day laborers in particular, have been targeted by vigilantes, by minutemen, by racists sheriffs like Joe Arpaio, and by lawmakers in the state capitol.  Sometimes all at once.  And as everyone now knows, these nativists engaged in a deliberate effort to deny the basic humanity of immigrant workers in a war of attrition meant to force them out.

“The xenophobes have failed.   Day laborers and their organizations have endured.   Immigrants have endured.  They have fought back and will continue to fight back using the proudest traditions of peaceful resistance on the streets, in the courts, and at the ballot box.

“While the tide is turning in Arizona, the sad truth is that we were unable to fully prevail in getting ICE out of police and sheriffs departments in large part because the Obama Administration was and adversary, not an ally, in this struggle for civil rights.  The fact is that the Obama Administration was an accomplice in the unprecedented rights violations committed against immigrants in Arizona.   We will look to the next administration to undo some of the damage that was done pursuing a policy targeting “felons not families”  for deportation.  Arizona more than any other place in America symbolizes the demonstrable failure and danger of that approach.

“Going forward, we will continue to do everything possible to defend human rights in Arizona, we will work to get ICE out of jails, and will continue our struggle to achieve a US immigration policy with #Not1More deportation.”