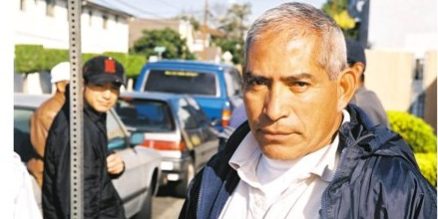 A six year legal battle that began with the arrests of day laborers along Artesia and Manhattan Beach boulevards added another chapter as the Ninth Circuit "en banc" panel weighed in last week. Photo by Mark McDermott

An eleven-judge panel of the Ninth Circuit federal appeals court last week ruled that a Redondo Beach ordinance aimed at curtailing day laborers soliciting work on city streets was unconstitutional in a vehemently contested 9-2 decision. A strongly worded dissent by Chief Judge Alex Kozinski that begins with the words “This is folly” signaled that the case is a candidate for U.S. Supreme Court review [See majority opinion and dissent].

The Court, which met in a relatively rare “en banc” gathering to hear the case in March, overturned an earlier decision by a three member Ninth Circuit panel, overruling its own precedent-setting upholding of a 25-year-old ordinance enacted by the city of Phoenix. Redondo’s law ordinance was a word-for-word copy of the Phoenix ordinance.

Judge Milan Smith, the author of the majority opinion, wrote that Redondo’s ordinance went beyond “time, place, and manner of expression” limitations of First Amendment freedom of speech rights the Supreme Court has deemed allowable to protect a government’s interest.

Smith sided with the plaintiff, a national day laborer organization called Comite de Journaleros, in arguing that the ordinance “technically appl[ies] to children selling lemonade on the sidewalk in front of their home, as well as to Girl Scouts selling cookies on the sidewalk outside of their school,” as well as “to a motorist who stops, on a residential street, to inquire whether a neighbor’s teen-age daughter or son would be interested in performing yard work or babysitting.”

“The Ordinance is not narrowly tailored because it regulates significantly more speech than is necessary to achieve the City’s purpose of improving traffic safety and traffic flow at two major Redondo Beach intersections, and the City could have achieved these goals through less restrictive measures, such as the enforcement of existing traffic laws and regulations,” Smith wrote.

Kozinski, who is also an essayist whose work has appeared in the New Yorker and the National Review, vigorously attacked the majority opinion in an unusually entertaining, freewheeling dissent. He took particular aim at what he called the majority opinion’s “parade of horribles” in its challenge that the ordinance was overly broad. “The judicial imagination can always run wild in conjuring how laws can be misapplied, but the Supreme Court instructs us that ‘the mere fact that one can conceive of some impermissible applications of a statute is not sufficient to render it susceptible to an overbreadth challenge,’” Kozinski argued.

“There is no evidence that the city has ever enforced, threatened to enforce or dreamt of enforcing the ordinance against sidewalk food vendors, tyke lemonade moguls, Girl Scout cookie peddlers, high school car washers, disaster relief solicitors or middle-aged men cruising neighborhoods looking to pick up teenage girls from their front yards,” Kozinski wrote.

“The majority is demonstrably, egregiously, recklessly wrong,” Kozinski added. “If I could dissent twice, I would.”

City Attorney Mike Webb likely has a new favorite author in the chief judge. Webb, who has defended the city’s ordinance (enacted by City Council in 1987) since it was first legally attacked in 2004, said the vehemence of the dissent was clearly intended as a signal to the Supreme Court. He said it perfectly articulated everything he thought was in error in the majority’s opinion.

“You just don’t expect this in a dissent,” Webb said. “And it was everything you think, as a lawyer, when you read something that is so wrong but would never dare say – but he’s Chief Judge, so he can say it.”

The city’s anti-solicitation ordinance was enacted by the City Council in 1987 but didn’t draw legal fire until it was enforced in 2004 with police sting operations that led to the arrests of 69 day laborers and a handful of contractors who sought to hire them. The city said it was responding to complaints from residents and businesses near two spots in the city where day laborers congregate to look for work, near the intersections ofArtesia Boulevard. andFelton LaneandManhattan Beach Boulevard near Inglewood Ave.

Webb said he particularly agreed with Kozinski’s assertion that the court’s ruling undercuts city’s ability to govern itself and address public safety problems associated with the day laborer gatherings.

“The bottom line is that city officials, after years of effort, found existing tools inadequate or too expensive to rid the city’s streets of day laborers,” Kozinski wrote. “Appointing themselves as a Super City Council, my colleagues – who need not answer to the voters – decide that they know how to run Redondo Beach better than its elected officials.”

Webb said the only other tool that had proven effective was Immigration and Naturalization Service (I.N.S.) sweeps, which in themselves create public safety hazards because illegal workers often flee into the streets.

“If we don’t get Supreme Court review, we don’t have any effective tools to address this,” Webb said.

The Mexican American Legal Defense and Education Fund, which has provided the laborers’ defense, has long argued that the city is in effect trying to kick day laborers out of Redondo Beach. MALDEF president and general counsel Thomas Saenz, who argued the case, called the victory a vindication of First Amendment rights for day laborers that would set a precedent throughout the nation.

“The dozens of similar ordinances throughout the region that purport to prevent day laborers from speaking on sidewalks are now even more plainly violative of the Constitution,” Saenz said in a statement. “Each municipality with such an ordinance should immediately suspend and repeal its law. The longstanding principle that the right of free speech belongs to everyone has been significantly bolstered by this decision.”

MALDEF staff attorney Nicholas Espiritu said the fact that an en banc panel majority of nine judges found the ordinance unconstitutional makes it less likely to be reviewed by the Supreme Court.

“We think the fact that an overwhelming majority of the Ninth Circuit held the statute to be unconstitutional is an indication,” Espiritu said. “…We think the majority got the legal analysis correct, and we don’t feel there is a big controversy here. There isn’t a circuit split. We doubt the Supreme Court would take the case if Redondo Beach sought to petition.”

“The ordinances were intended to render day laborers invisible, but the struggle against these ordinances has made day laborers more visible, more powerful,” Alvarado said. “For the past two decades, the ordinances have stigmatized day laborers as criminals – now they are civil rights leaders. So this victory is not just for them, it is for every American – a victory achieved by humble people for everyone.”

The city has 90 days to seek review of the ruling.