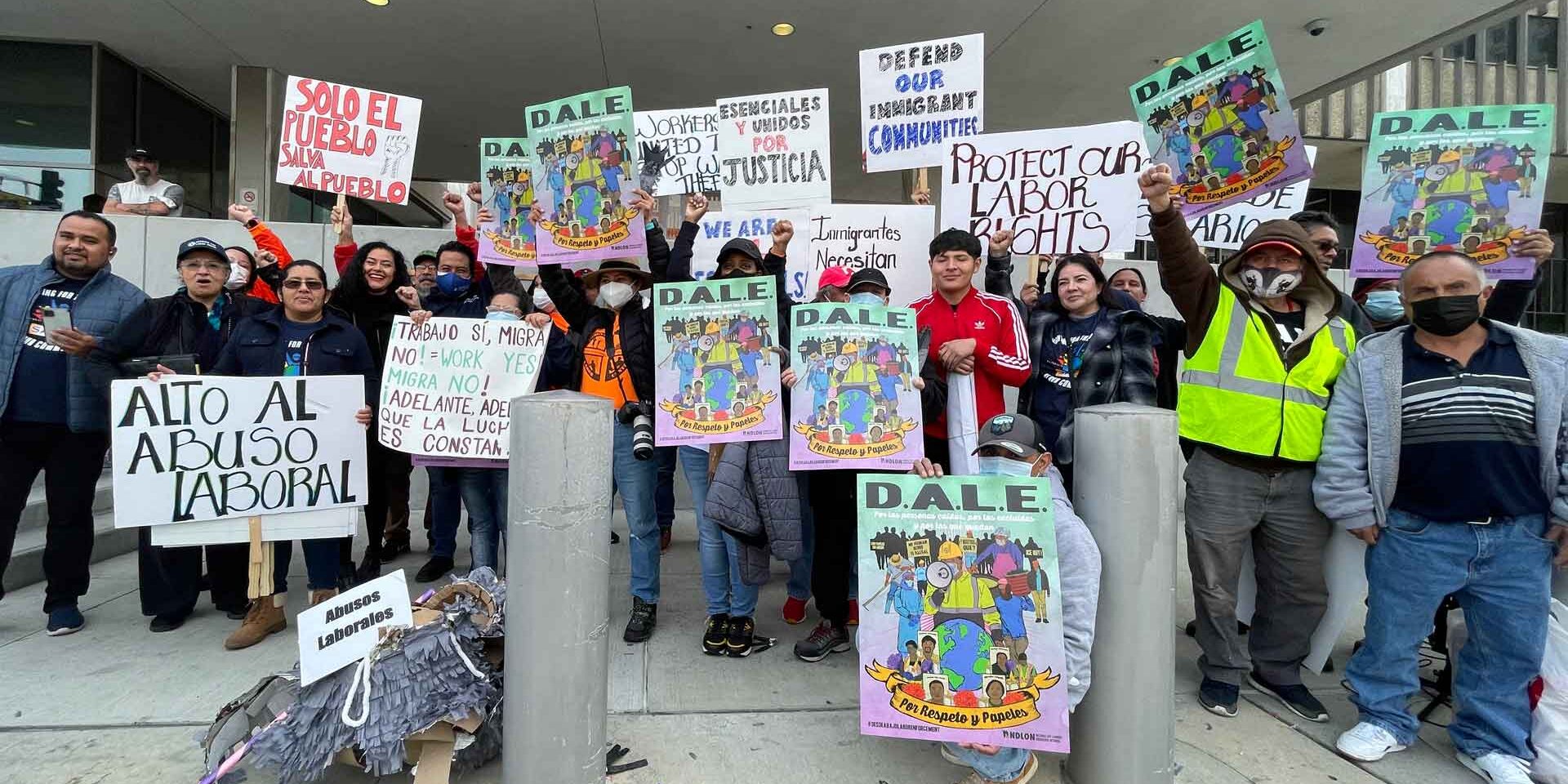 The Biden administration is being awfully quiet about a remarkable thing it just did — a game-changing decision that promises to make workplaces safer and fairer for all workers by protecting immigrants from the employers who abuse and exploit them.

The Homeland Security Department last Friday slipped the announcement into the holiday-weekend news graveyard under a sleepy headline on its website: “DHS Announces Process Enhancements for Supporting Labor Enforcement Investigations.”

The process being enhanced is whistleblower protection — always an essential tool for strong labor-law and civil-rights enforcement. DHS is offering a new way to help undocumented immigrant workers expose predatory employers without fear of retaliation. Starting immediately, workers who experience or witness abuses like wage theft or treacherous job conditions can report them to labor and employment agencies — local, state or federal — and more easily apply to the DHS for temporary protection from being detained and deported. Workers who are granted so-called “deferred action” will be allowed to stay and work legally while their employers are being investigated, and perhaps longer.

Immigrant workers and advocacy organizations have been pushing President Biden to make this move from the first days of his administration. On Jan. 13, his Homeland Security Secretary, Alejandro Mayorkas, quietly delivered.

It’s an achievement worth praising out loud. Employment abuse is epidemic in industries that rely on undocumented labor. Domestic workers, day laborers, factory workers and countless others are routinely exploited on the job. Unable to risk retaliation, they endure injustices in silence. Egregious exploitation often persists until disaster strikes — like the deadly nitrogen leak in a violations-riddled Georgia poultry plant that killed six immigrant workers and injured several others one year ago.

When job conditions are unsafe, when wages and rights are denied, the rot spreads. All workers suffer from the erosion of employment standards — immigrants and citizens alike. And the reverse is true: When immigrant workers are able to defend their rights, they strengthen the rights of all workers, whether they are demanding stolen wages, organizing unions, or fighting for safety and accountability.

The Biden Administration understands this, but it seems to be taking pains not to draw attention to its decision. Maybe it is afraid of a backlash from right-wing media, which is forever stoking nativist rage about anything that helps immigrants.

But Biden and Mayorkas would do the country a great service by proclaiming and defending their bold new policy. Not just because it’s a good idea, but also because people need to know about it. A whistleblower program that blows no whistles is useless. If enough workers are informed and motivated to step forward, then employers will be held accountable and industries will start to change. We have seen the power of the presidential pulpit before — when President Obama announced his policy of protecting Dreamers from deportation, the lines at immigration offices around the country suddenly stretched for blocks and blocks.

For far too long in this country, immigration law and labor law have worked against each other. The country has spent vast sums to catch and punish undocumented immigrants while it tolerates widespread abusive employment practices. Undocumented immigrants, meanwhile, power the economy in essential jobs and industries — without authorized status, job security, decent treatment or the hope that things will get better. Imagine how much worse the pandemic would have been without the immigrants who risked their lives daily on COVID-19’s front lines — the country owes a great debt to their heroism.

What makes this whistleblower program so remarkable is that it is so different from everything else the country has been doing on immigration. It’s so unlike the cruelty and pointlessness of tearing babies from parents, busing migrants across the country to score political points, forcing asylum seekers into freezing tent camps along the border, or littering the borderlands with shipping containers and calling it a wall.

It takes great courage for immigrants to defend themselves in this climate of fear. But many do. This month, hundreds of immigrant workers at a Nevada-based painting company, Unforgettable Coatings, are celebrating a $3.68 million settlement in a lawsuit that followed a federal Department of Labor investigation. The workers had spent years battling the company’s retaliation after they complained about rampant wage theft and health and safety violations.

With the help of the Arriba Las Vegas Workers Center, the workers banded together, forming the Unforgettable Workers Committee, which persisted until justice was done. Knowing the dangers, they risked everything.

It’s time to shift that burden of risk and fear. Let’s take it off the backs of the workers and put it where it belongs — on abusive employers. Nothing should scare an unscrupulous business owner more than workers who are empowered to expose them.

With these new protections, many more immigrant workers will be eager to step up as whistleblowers and fighters for justice. President Biden can help them, and honor their courage, by speaking up as well.

Mr. Biden, you’ve got good news to share — a remarkable achievement for this country’s workers. Your State of the Union Address is Feb. 7 — what better moment to tell the world, to be loud and proud about what you’ve done?