The ‘Arizonification’ of the US immigration debate – Guardian UK 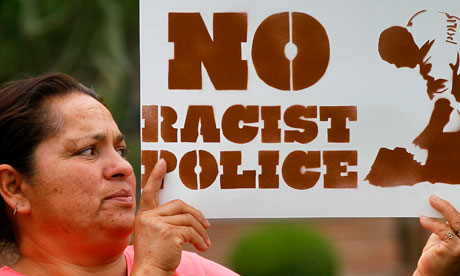 While many focused on the US supreme court’s consideration of Arizona’s SB1070 on Wednesday, events on the streets of Phoenix and not in the court, foreshadow the future of the country’s immigration debate. Within the supreme court, a very narrow legal principle was discussed – as to whether Arizona was infringing on the federal government’s right to set immigration policy. In Phoenix, hundreds of demonstrators were clear about what was really at stake in the high court: a negative decision would clearly worsen Arizona’s human rights crisis, but even a positive ruling would not solve it.