Arizona lawmakers on Tuesday passed one of the toughest pieces of immigration-enforcement legislation in the country, which would make it a violation of state law to be in the U.S. without proper documentation.

It would also grant police the power to stop and verify the immigration status of anyone they suspect of being illegal.

The bill could still face a veto from Arizona Gov. Jan Brewer. A spokesman for Ms. Brewer said she has not publicly commented on the bill. Ms. Brewer, link a Republican, stuff has argued for stringent immigration laws.

Under the measure, passed Tuesday by Arizona’s lower house, after being passed earlier by the state Senate, foreign nationals are required to carry proof of legal residency.

Immigrants’ rights groups roundly criticized the bill. “The objective is to make life miserable for immigrants so that they leave the state,” said Chris Newman, general counsel for the Los Angeles-based National Day Laborer Organizing Network. “The bill constitutes a complete disregard for the rights of nonwhites in Arizona. It effectively mandates racial profiling.”

The bill’s author, State Sen. Russell Pearce, was in a committee session Tuesday and couldn’t be reached, his offices said. Mr. Pearce, a Republican, represents the city of Mesa, in Maricopa County, whose sheriff, Joe Arpaio, has gained a national reputation for his tough stance on immigration enforcement. A spokesman for Mr. Arpaio didn’t return a request for comment.

The bill is different from an earlier version, giving protections for church and community organizations from criminal prosecution for transporting or harboring illegal immigrants.

In a statement, Tuesday Rep. John Kavanagh (R-Fountain Hills) called the measure “a comprehensive immigration enforcement bill that addresses the concerns of our communities, constituents and colleagues.”

“This updated version gives our local police officers the tools they need to combat illegal immigration, while protecting the civil rights of citizens and legal residents.”However, human rights groups are certain to challenge the measure in court, said Joe Rubio, lead organizer for Valley Interfaith Project, a Phoenix-based advocacy group, calling it “an economic train wreck.” He added that “Arizona’s economic recovery will lag way behind the country’s if we keep chasing away our workforce. Where do the legislators think business will find workers?”

The bill in some ways toughens up a situation that the Obama administration had tried to roll back. Under a program known as 287g, some local law enforcement agencies were trained to enforce federal immigration laws by checking suspects’ immigration status.

Mr. Arpaio, the Maricopa county sheriff, had been one of the most aggressive enforcers of 287g. However, the Obama administration in recent months has sought to scale back that program, and had reduced the resources it made available to Mr. Arpaio’s office and others.

—Tamara Audi contributed to this article.

Write to Miriam Jordan at miriam.jordan@wsj.com 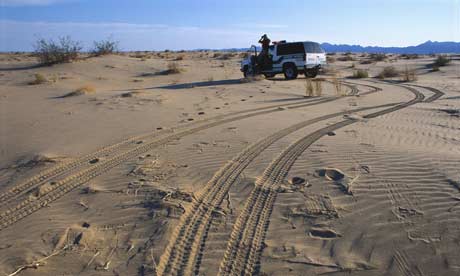 The most harsh rules in the US target workers without papers, look which, ask opponents say, will lead to harassment

Pro-immigration groups across the US expressed despair today after Arizona passed the toughest bills in the country which they say are aimed at forcing out hundreds of thousands of Latinos living illegally in the state.

Arizona has long been a flashpoint in the debate over immigration, with tensions heightened by the murder last month of a popular rancher, Robert Krentz, in a remote spot used by groups smuggling people from Mexico to the US.

“The Mexico-Arizona border is out of control,” said the Arizona Cattlemen’s Association in a statement accompanying a report yesterday that claimed the impact of illegal immigration was so great the state could qualify for disaster relief.

The new bill, passed by the Arizona house of representatives last night, greatly expands the powers of the police in dealing with illegal immigration, including for the first time giving them the right to stop anyone on “reasonable suspicion” they may be an illegal immigrant and arrest them if they are not carrying identity papers.

All 35 Republicans in the Arizona house voted for the bill, while 21 Democrats voted against.

Pro-immigration groups said the laws are unconstitutional and promised to challenge them in court. Their passage was accompanied by noisy demonstrations, for and against, outside the legislature.

Chris Newman, legal director of the National Day Labourer Organising Network, a union-backed organisation, said: “I think it is going to be a disaster. It is the toughest immigration law the country has seen in a generation.”

He said he was troubled by the fact that a state was making decisions about a federal issue – especially a state with a poor record on civil rights. “It is the Balkanisation of US immigration policy,” he said.

The US economy is dependent on illegal immigrants to work in low-paid jobs, and law enforcement agencies in many parts of the country turn a blind eye to them.

The fear among law firms supporting illegal immigrants is that the new bill will lead to racial profiling, with its powers used to harass anyone who looks or sounds Latino. At present, police are not allowed to ask anyone if they are an illegal immigrant, and can only raise this if investigating another crime.

Under the new laws, anyone the police suspects of being in the country illegally can be asked to produce an alien registration document, such as a green card, that allows non-citizens a temporary right to work, and could face a $500 (£320) fine if they fail to produce one.

This will be accompanied by a crackdown on employers who take on day labourers, who often stand at specific street corners in the hope of being offered work. The new legislation makes it a crime to pick up someone if the driver “knows or recklessly disregards the fact that the alien is here illegally”.

Newman said that part of the legislation was the most obviously unconstitutional, denying a person freedom to seek work.

President Barack Obama, who on the campaign trail said it was not realistic to deport millions of illegal immigrants back to their own countries, has promised to introduce legislation to provide illegal immigrants with a route towards citizenship – though the timetable is slipping.

Now Arizona’s legislature has opted to take matters into its own hands.

The bill has a number of measures aimed at making life so difficult that Republican legislators hope it will deter illegal immigrants from either making the crossing across the Mexican border or, if they do, lead them to choose another state.

The bill still has to go back to the Arizona senate, but this is a formality. It will then go to the Republican governor, Jan Brewer, to be signed into law.

The legislation is problem for Arizona senator John McCain, who is fending off challenges from rightwingers as he seeks re-election in November. McCain joined forces with the late Democratic senator Edward Kennedy to try to push through legislation to reform immigration laws. The move, which eventually failed, was opposed by many Republicans.