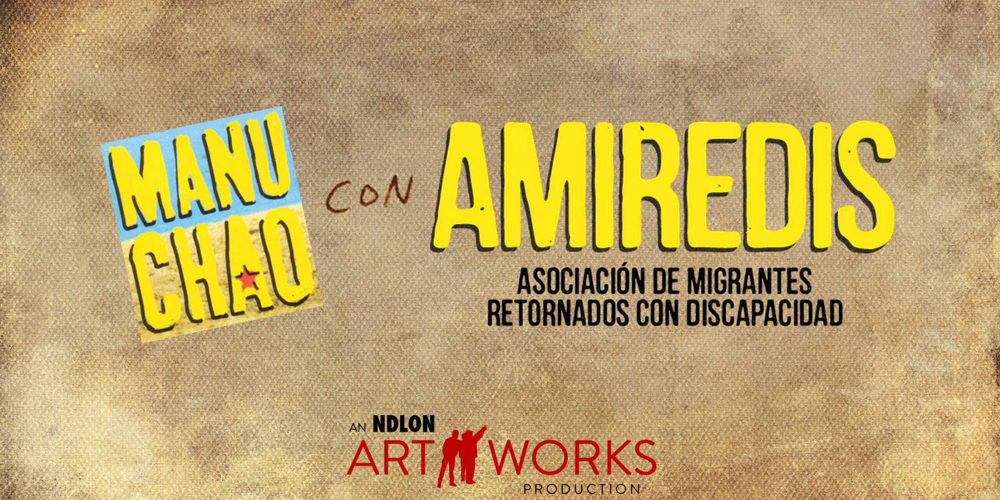 We’ve been waiting for the right opportunity to release this footage to maximize its impact. Arts and culture helps emancipate when it makes suffering visible and, most of all, when it accompanies the struggle of people who confront the circumstances of their oppression.

This is the case of AMIREDIS (Asociación de Migrantes Retornados con Discapacidad), a Honduran organization whose members have been harmed by the increasingly militarized migration route to the North. After 20 days of riding the infamous train called “La Bestia,” José Luis Hernández, one of the leaders of AMIREDIS, collapsed while tying his shoelaces and fell under the train. He lost his arm and a leg. José Luis was a soccer player and a musician.

A few months ago, José Luis, along with 12 other members of AMIREDIS who have been mutilated by “La Bestia,” decided to take the journey to the North once again. But this time with a different purpose in mind: to tell their stories and to denounce the fact that the repressive policies of all governments push migrants to more dangerous routes, making them more vulnerable to accidents, extortion, rape, and murder. They want a humanitarian visa to go to Washington and share their stories with President Barack Oabama and ask him to end deportations.

Please support them by watching the video, sharing their stories, liking their Facebook page and signing this petition: bit.ly/amiredis-petition

We at NDLON are honored to lift up AMIREDIS and its members. A million thanks to Manu Chao for lending his voice to amplify the stories of migrants.