AB 2416, by Assemblyman Mark Stone, gives workers the power to file a lien against an employer at the time the wage complaint is filed, which means that even if the business shuts down, the wronged worker will have a mechanism through which to force payment.

By Times Editorial Board

By Claudia Torrens | Source: BusinessWeek.com NEW YORK (AP) — Martin Garcia was making $80 a day cleaning the basement of a New York City building after Superstorm Sandy. The 34-year-old Mexican immigrant worked 12 hours a day without protective gear. Today, he makes $180 a day as a carpenter in a Brooklyn townhouse undergoing…

Julie Su doesn’t back down from fights when she thinks employers are cheating their workers. In her two years as California’s top labor law enforcer, Su has taken on scores of unscrupulous businesses. As state labor commissioner, she inherited an understaffed state agency that she recalled was overwhelmed with complaints of worker abuse, unpaid overtime and management retaliation. "I set out to make the promise of a just day’s pay for a hard day’s work a reality in every workplace in California," Su said in a status report to Gov. Jerry Brown being released Wednesday. Marshaling limited resources, Su has focused much of her enforcement efforts on working conditions for the often immigrant and first-generation Americans who pick crops, sew garments, build houses, clean buildings, wash cars, bus tables and perform other back-breaking tasks. Su has filed criminal charges and civil lawsuits and issued citations that identified more than $185 million in unpaid wages and other compensa…

El Patrón Es El Ladrón! – The Boss Is The Thief! | The Rebel Press

Like many struggling workers, Mr. José Ucelo Gonzalez looks for work every day at the Home Depot by Brookhurst Ave. and the interstate 5 fwy in Anaheim. On March 9th, 2012, Mr. Ucelo accepted a job offer by Michael Tebb; owner of M.T Asphalt, an Anaheim based company. The agreement was $10 an hour. After a hard 10-hour day work, Mr. Ucelo tried to collect his salary, but instead he got verbally abused and challenged to a fistfight by his employer. Mr. Ucelo remained calm and tried to deescalate the situation, but the harassment continued. Tebb accused his employee of robbery and threatened to call the police if he insisted on asking for his pay. The contractor got in his truck and left. Mr. Ucelo called 911 to ask for assistance but before he could give his location to the operator,

Robbed on the job: Advice on fighting wage theft | Marketplace.org

Every year millions of Americans are victims of what some call wage theft — a practice in which a company fails to compensate workers for their time, short-changes them on their benefits or intentionally misclassifies employees in order to save money. And even though all that is illegal, Kim Bobo, executive director of Interfaith Worker Justice and author of “Wage Theft in America,” says it’s surprisingly common in the U.S. “Minimum wage and overtime violations are two of the most common ways that wage theft occurs. Another way is payroll fraud, when employers intentionally call people independent contractors when they are really employees. Now if your boss — not you — declares you an independent contractor, you probably aren’t one. Then there is also tip stealing. About 10 percent of tipped workers actually don’t get their tips; their employers just don’t give it to them,” says Bobo. “This is really a crime wave in the nation. And it’s a crime wave that we don’t recognize.”

At the break of dawn in communities around the nation, men in work clothes gather to find construction and landscaping work and similar hands-on employment at customary locations. Sometimes these day laborers work much longer hours, and for much less, than they had been promised. Most have little chance of recovering hard-earned wages. One survey found that only one in 130 cases result in a filed claim. The laws are there. Society agrees a worker deserves to be paid, but there are vast gaps in legal enforcement. That’s where New Haven’s Community Labor Rights Clinic comes in. It’s modeled after a five-year old project in Stamford, the Day Laborer Project, operated by Connecticut Legal Services. The New Haven clinic was launched last month by New Haven Legal Assistance Association attorney James Bhandary-Alexander, a former National Labor Relations Board lawyer. Two nights a month, the clinic aims to serve this underserved client population.

Today at a Capitol Hill news conference, see U.S. Senator Robert Menendez (D-NJ) was joined by Rev. Jesse Jackson and other major labor and civil rights leaders to introduce the Protect Our Workers from Exploitation and Retaliation (POWER) Act, which aims to improve workers’ rights across the board by protecting those at the bottom of the ladder. Specifically, the legislation, cosponsored by Sen. Kirsten Gillibrand (D-NY), would offer protections for whistleblower workers who expose workplace abuses by their employers. Also joining the announcement today were Daniel Castellanos, of the Alliance of Guestworkers for Dignity; Arturo Rodriguez, president, United Farm Workers of America; and Marielena Hincapié, executive director of the National Immigration Law Center. Senator Menendez said: “When it comes to making sure people who work for a living are treated fairly by their employers, we are reminded of what John F. Kennedy meant when he said ‘A rising tide lifts all boats’. 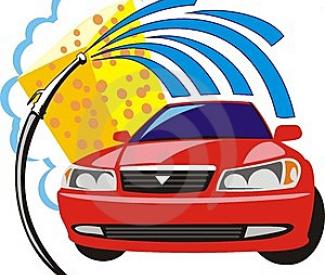