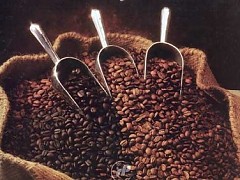 CHICAGO – A group of Latino day laborers have founded Cafe Chicago, s a cooperative that imports organic coffee from Nicaragua, processes it and sells it creatively – and successfully – to improve their labor, economic and social prospects.

“We were looking for a different way to do business and the model came from Latin America,” Eric Rodriguez said in an interview with Efe.

Immigrants from Ecuador, Colombia and Mexico, along with several Puerto Ricans, pooled their money and know-how to survive in a labor market shaken by economic crisis.

“Cooperatives hold an important place in the countries we come from, and we believe that Cafe Chicago can support us over the long term,” said Rodriguez, the executive director of the Latino Union organization that advocates on behalf of day laborers in the Windy City.

Rodriguez, who has a degree in managing non-profits from Chicago’s North Park University, believes in “fair trade” through cooperatives that favor the “most vulnerable” sectors.

A prime example is Nicaragua’s Among Women Foundation, or FEM, a cooperative that produces and exports coffee and is also dedicated to education, health and promoting women’s rights.

FEM is located in Esteli province where most of the land is used for growing tobacco but also has room for 132 women to grow fine coffee there, as they have done since 1996.

Every month 1,500 pounds of green coffee beans are shipped to Chicago, where the workers at Cafe Chicago process them in a borrowed roaster they learned to use, package the coffee and sell it for $15 a pound, or $40 for 3 pounds.

The cooperative notes on its Web site the work of Tony and Ivan on the coffee roaster, Norberto who visits stores and markets looking for clients, and Marisol who handles the orders.

But also on the job are Manuel, Pablo, Patricio, Salvador, Jose, Armando, Hector, Jorge, Elisa, Jose Louis, Michael and David, who prefer not to give out their last names to avoid any possible immigration troubles.

Cafe Chicago’s profits go to support the Latino Union, which was organized in 2002 after a massive strike by day laborers that shut down the operations of 75 temp agencies where abuses had been reported.

The day laborers staged a hunger strike that prodded the Illinois legislature into passing a law regulating temporary work and giving those workers the right to organize and defend their rights in the workplace.

In December 2004 the Latino Union opened its first workers center, at Albany Park, as an alternative to the traditional “hiring on the corner.”

Employers looking for workers go to the center, discuss the price and sign a contract with the laborer.

According to the Latino Union, reports of stolen wages were slashed to 1 percent and the average wage increased 50 percent since the opening of the Albany Park Workers Center. EFE