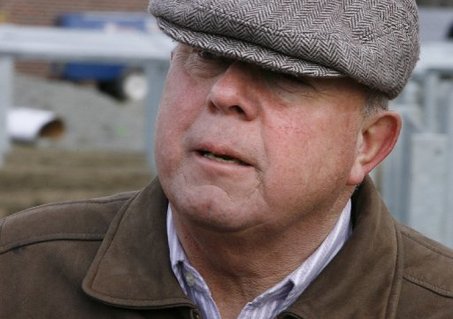 Wednesday September 02, find 2009, treat 7:47 PM
MORRISTOWN — The state’s attorney general is warning local law enforcement agencies seeking to deputize officers as immigration agents not to ethnically or racially profile people, but one mayor has fired back with an admonishment of his own.

Morristown Mayor Donald Cresitello, who has four months left in office, today said Attorney General Anne Milgram should not interfere with the locals, adding she is politicizing the matter during a gubernatorial election year.


(Robert Sciarrino/The Star-LedgerA Feb. 20, 2009 file photo of Morristown Mayor Donald Cresitello. Cresitello has said that he intends to start a program which would make police officers act as immigration agents to better protect residents amid human trafficking, and gang activity.)

“She’s drawn herself into the current election cycle and is playing politics with a very important issue that protects the residents of New Jersey,” Cresitello said. The mayor also said he intends to have six of the police department’s 58 police officers become deputized Immigration and Customs Enforcement officers, operating under federal guidelines, “not her guidelines.”

“If she were to interfere with that legal process, I will take appropriate legal action,” Cresitello said.

David Wald, spokesman for the Attorney General’s Office, said politics is not involved.

“The attorney general is the chief law enforcement officer in New Jersey,” Wald said. The officers’ “first responsibility is to enforce the laws of the state of New Jersey.”

Milgram sent letters Friday and Tuesday to officials in three counties saying they should show no bias when upholding the law. Her concerns follow moves by Morristown officials and the Monmouth County Sheriff’s Office to deputize officers as immigration agents, and she said effective policing comes with maintaining a “positive relationship” with the community.

(Saed Hindash/The Star-LedgerAttorney General Anne Milgram at a press conference in August. Milgram is warning law enforcement agencies to follow the rules when questioning people about their immigration status.)

“Community fear that a police officer will convert every citizen encounter into an immigration inquiry destroys that relationship and will discourage reporting by victims and the cooperation of witnesses,” Milgram said.

Latino leaders and immigration advocates have been voicing the same message for months.

“Immigrants will not go to the police for anything. This will hurt the relationship between the people and the police, and it will affect the entire community, not just the Latino community,” said Diana Mejia, co-founder of the Morristown-based Wind of the Spirit immigration-resource center.

Under Milgram’s guidelines, state, county and local law enforcement officers must not act as immigration officials when patrolling the streets. Deputized officers may question people’s immigration status after they have been arrested for serious violations, she said.

Monmouth County and Morristown, along with the Hudson County Department of Corrections, are among 79 departments nationwide that have been accepted into the program, known as 287(g), which was overhauled to allay fears it would be used to target or harass immigrant groups.

In Monmouth County, unlike Morristown, the program applies only to corrections officers who work in the jail and do not make street arrests, Monmouth County Sheriff Kim Guadagno said. Guadagno, who is running for lieutenant governor on the Republican ticket, said Milgram, who works for Democratic Gov. Jon Corzine, was “misinformed” about the county’s role in the program.

“Under our program, we simply ensure that if you are detained in our jail and you are an illegal alien, you will be identified, processed by federal authorities and deported if appropriate,” Guadagno said.

Cresitello drew national attention two years ago when he took a hard line against illegal immigrants and tried to deputize police as immigration agents. He has softened his stance, but the issue re-ignited during the primary election campaign. Cresitello lost in the June Democratic contest.

The Hudson County Department of Corrections has been participating in the program since August 2008, according to ICE’s website. Corrections director Oscar Aviles did not return calls for comment.

The program initially came under fire from Congress’ investigative arm, the General Accountability Office, for failure to supervise participating agencies. In May, government investigators said that in some cases, police officers who had been deputized as immigration agents swept up large numbers of immigrants for minor offenses, such as speeding and drinking in public, in an effort to rid their communities of those who were in the U.S. illegally. Under the revised program, participating agencies are required to make the identification of illegal immigrants who commit serious crimes their priority.