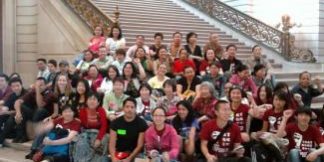 Supervisors expressed strong support July 20 for an ordinance that a San Francisco coalition of labor advocates is pushing for to prevent wage theft and shore up protections for low-income workers. Spearheaded by Sups. Eric Mar and David Campos with Sups. Ross Mirkarimi, Jane Kim, John Avalos, and David Chiu as co-sponsors, the legislation would enhance the power of the city’s Office of Labor Standards and Enforcement (OLSE) and double fines for employers who retaliate against workers.

Dozens of low-wage restaurant workers, caregivers, and day laborers turned out for a July 20 Budget & Finance Committee meeting to speak in support of the Wage Theft Prevention Ordinance, which was drafted in partnership with the Progressive Workers Alliance. The umbrella organization includes grassroots advocacy groups such as the Chinese Progressive Association, the Filipino Community Center, Pride at Work, Young Workers United, and others.

A restaurant worker who gave his name as Edwin said during the hearing that he’d been granted no work breaks, no time off, and had his tips stolen by his employer during a two-and-a-half year stint in a San Francisco establishment, only to be fired for trying to take a paid sick day. “When I was let go, I did not receive payment for my last days there,” he said.

His experience is not uncommon. An in-depth study of labor conditions in Chinatown restaurants conducted by the Chinese Progressive Association found that some 76 percent of employees did not receive overtime pay when they worked more than 40 hours in a week, and roughly half were not being paid San Francisco’s minumum wage of $9.92 an hour.

“People who need a job and can’t afford to lose it are vulnerable to exploitation,” Shaw San Liu, an organizer with the Chinese Progressive Association who has been instrumental in advancing the campaign to end wage theft, told the Guardian.

The ordinance would increase fines against employers from $500 to $1,000 for retaliating against workers who stand up for their rights under local labor laws. It would establish $500 penalties for employers who don’t bother to post notice of the minimum wage, don’t provide contact information, neglect to notify employees when OLSE is conducting a workplace investigation, or fail to comply with settlement agreements in the wake of a dispute. It would also establish a timeline in which worker complaints must be addressed.

“The fact is that even though we have minimum wage laws in place, those laws are still being violated not only throughout the country but here in San Francisco,” Campos told the Guardian. “Wage theft is a crime, and we need to make sure that there is adequate enforcement — and that requires a change in the law so that we provide the Office of Labor Standards and Enforcement more tools and more power to make sure that the rights of workers are protected. Not only does it protect workers, but it also protects businesses, because the vast majority of businesses in San Francisco are actually … complying with the law, and it’s not fair for them to let a small minority that are not doing that get away with it.”

So far, the ordinance is moving through the board approval process with little resistance. Mayor Ed Lee has voiced support, and Budget Committee Chair Carmen Chu, who is often at odds with board progressives, said she supported the goal of preventing wage theft and thanked advocates for their efforts during the hearing. The item was continued to the following week due to several last-minute changes, and will go before the full board on Aug. 2.