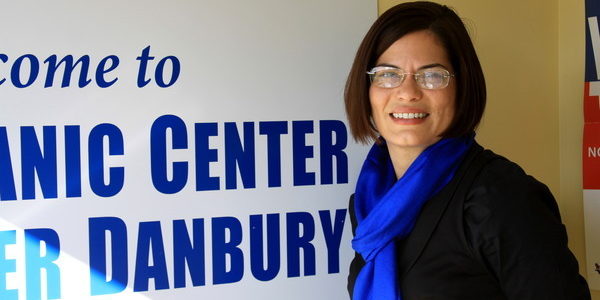 There are many reasons employers don’t pay up, and people who don’t get paid can get help.

The current economic climate is hot for workers who aren’t getting paid for the hours they work, and this is as true for employees of large corporations as it is for the day laborers on Kennedy Avenue.

While undocumented residents may fear they have less rights to go after deadbeat employers, there are remedies for anyone who is not getting to paid to recoup their wages.

Police Capt Thomas Wendel said he doesn’t doubt that immigrant workers may be suffering lost wages by unscrupulous employers, but Executive Director Ingrid Alvarez-Dimarzo said, “In this time of economic hardship, it’s a problem that effects everyone.”

Gary Pechie from the state Department of Labor’s Wages and Workplace Standards agrees with both Wendel and Alvarez-Dimarzo. He says that he has worked with the department since 1977 and he has never seen it this bad.

The Hispanic Center is reporting that as many as ten people a day are coming in for help. Pechie says that in the 1970s the Department of Labor received about twenty complaints a year, and now they are receiving as many as twenty a day.

“It isn’t just blue collar workers, either. It’s the white collar people, management, who hold on hoping things will smooth over, and go quite a while without getting paid,” Pechie said.

When a business is failing, both employee and employer often ignore reality.  Employees who continue to show up for work may find that things will not improve, while hoping that if they work this week, the boss will pay them for last week. Yet, their optimisim does not always pay off, and workers are complaining across the state, they aren’t getting paid.

Besides the economy, there are many other reasons for employers don’t pay. Sometimes the boss and the worker disagree about how much is owed and neither will settle except for what they believe is owed. In these cases, the labor department will investigate the claims to determine the actual amount owed.

Companies that are struggling sometimes withhold federal taxes and don’t pay them. In other cases, companies neglect to pay unemployment insurance. Under those circumstances, both the company and the worker could suffer.

Pechie said that not paying back pay is a Class D felony and could result in jail time, but that employers shouldn’t be afraid to come forward for help.

“We will call their bosses, file the reports,” said Leslie Leon, Intake Spet at the Hispanic Center.  ”We have people coming in who speak Brazilian, Portuguese, Spanish; all ethnicities are having a problem these days.”

The Hispanic Center has developed clinics to help both businesses and employees understand the options available to help them escape a never-ending cycle of non-payment of employees and taxes.

“Many small business owners have been deducting taxes that were never paid to the IRS. That money was supposed to be used for unemployment insurance. Those businesses might fear the consequences and avoid our calls. But they should know that we can help them,” said Alvarez-Dimarzo.

The Center arranges payment plans with the IRS to help workers get paid and for businesses to pay their back taxes. According to Alvarez-Dimarzo, ”As long as they come forward and there is a plan, we can help them work it out.”