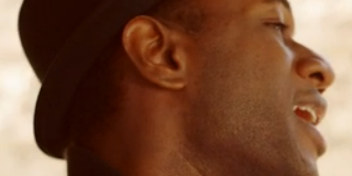 Born in Southern California to Panamanian parents, Blacc released his first hip-hop mixtape in 1996 and was associated with the indie hip-hop scene for many years thanks to his rap duo Emanon (alongside DJ Exile) before going solo. In 2006, he signed to Stones Throw Records and released his genre-bending, debut solo album, Shine Through, followed by 2010’s, Good Things, concocting a vintage yet current sound. Good Things, which has been certified gold in France, Germany, and the U.K., included the single “I Need A Dollar,” which went on to sell over two million copies worldwide. In 2012, Blacc was nominated for two BRIT Awards (Best International Male Solo Artist and Best International Breakthrough Act). Currently his song “Wake Me Up” is Number 1 on the charts in more than 63 countries.

Hareth Andrade Ayala is a immigrants’ rights leader in the state of Virginia. She has spent her teen years traveling across the nation to share her family’s story. And recently to fight to stop her own father’s deportation.
[sign the petition for Hareth’s dad here]

Margarita Reyes is a Los Angeles actress and producer whose ‘s first guest star appearance on prime time was opposite Emmy-award winning actress Alfre Woodard on the television series The Practice. She is currently starring in the film “Combat Ready”. Despite being born in the US, Margarita was deported as a child alongside her mother. Much of her work focuses on the issues of Latino and immigrant youth.

Agustín Chiprez Alvarez has been in the US for 18 years. He is a proud father of an infant son and, like in the video, seeks work on Los Angeles day laborer corners to provide for his family. He is a songwriter and first became involved in acting through fellow actor Jose Mangandi at Teatro Jornalero.

Alex Rivera is a filmmaker who, for the past fifteen years, has been telling new, urgent, and visually adventurous Latino stories.

His first feature film, Sleep Dealer, a science-fiction feature set on the U.S./Mexico border, won multiple awards at the Sundance Film Festival and the Berlin International Film Festival, was screened as part of ‘New Directors / New Films’ at the Museum of Modern Art and Lincoln Center, and had a commercial release in the U.S, France, Japan, and other countries around the world.