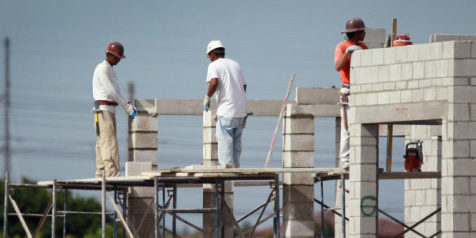 Late last year, advocates for low-wage workers in Florida’s Palm Beach County made what they thought was a modest request of their county commissioners: pass a wage-theft ordinance that would make it easier for working people to reclaim unpaid wages from employers who stiff them.

But that seemingly simple request is now in limbo, as Florida’s business interests have begun campaigning strongly against such ordinances. Some local clergy in Palm Beach are wondering what’s so controversial about making sure working people are paid what’s owed them.

“I had a much higher opinion of our business community,” said Holy Name of Jesus Catholic Church Deacon Peter Mazzella, who’s part of a coalition of religious leaders advocating for the law. “Being paid for one’s efforts — the salary that’s agreed upon for one’s work — is something very foundational to our whole economic system.”

In recent years, religious leaders and worker advocates have managed to raise national awareness about wage theft, which occurs when employers fail to pay the minimum wage or overtime, force employees to work off the clock or decline to pay workers altogether. A number of state and local governments have since moved to toughen their laws. New York State passed this past winter its Wage Theft Prevention Act, which increased penalties against unscrupulous employers and boosted the amount of back wages a worker can recoup. And Texas enacted a law this spring that makes wage theft a criminal act, empowering local authorities to arrest business owners who don’t pay their employees.

Such laws have had their detractors, but nowhere has the opposition seemed to be so strong as in Florida.

Last year the County of Miami-Dade passed one of the most progressive wage-theft laws in the country, establishing a municipal hearing process for allegations of unpaid wages. Workers owed at least $60 from their employer now have a right to make their case to an examiner through the county’s small-business development office.

To date, the program has fielded around 1,000 complaints, totaling more than $1 million in owed wages, and has so far recovered $130,000 for workers, according to statistics provided by the county. Many of those cases never went through the hearing process and were instead resolved quickly through mediation.

Less thrilled with the law are some of the state’s business leaders. The Florida Retail Federation, a powerful statewide trade group, lobbied against the Miami-Dade ordinance, arguing that there were already systems in place to help workers recoup owed money. The group also believes businesses could wind up in “double jeopardy” with workers, being forced to pay back wages through the county, then again through the federal department of labor — a scenario that the law’s backers say is highly unlikely.

With the law now on the books, the retail federation is suing in state court, claiming the ordinance violates the state constitution. If successful, the lawsuit could nullify the Miami-Dade law and likely scuttle any attempts in Palm Beach to move forward with a similar ordinance.

The retail federation has also pushed a state bill that would preempt local ordinances like the one in Miami-Dade. Though that attempt failed, the bill will likely be brought forth again next session.

“You [already] have laws that protect against these violations,” said Samantha Hunter Padgett, deputy general counsel for the federation, which has officials from Walmart, Macy’s, CVS, Home Depot and Disney World on its board. “If this is truly a problem, then the issue is education and access.”

The federation may fear that the Miami-Dade ordinance could metastasize to other counties, creating red tape and making employers and their books more accountable to local governments. Indeed, the ordinance served as the basis for the proposal now stalled in Palm Beach.

But Jose Javier Rodriguez, the public-interest lawyer who drafted the Miami-Dade law, said employers have nothing to worry about — so long as they’re paying their employees properly.

“The burden of proof is on the employee,” Rodriguez said. “They have to prove they were employed and that they were owed money. It’s a basic contract: ‘I worked for you; you didn’t pay me.’ ”

The retail federation’s resistance to the law seems a bit puzzling to some given that retailers haven’t exactly been dragged in great numbers before hearing examiners in Miami-Dade. In fact, according to McGriff, the greatest numbers of wage-theft cases come out of industries other than retail — specifically construction, ity, and food-services. Many of the violations tend to happen under day-labor arrangements, an uncommon occurance in retail. She says the complaints are vetted early on to make sure they’re not frivolous or fraudulent.

“A lot of it is in industries that feel they can bring in folk and not be accountable,” said McGriff. “Say, a construction company may pick up some folk that are at a ping center, promise them work, work them for the week, and then not pay them. We’ve had that.”

Perhaps not surprisingly, many of the people who’ve found recourse through the new law are undocumented workers. Fearing deportation, such workers are easily taken advantage of, and many of them would be reluctant to step forward and file a complaint with the federal labor department. The county, however, doesn’t care what a worker’s status is, McGriff said. “Our question is whether you were paid or not.”

Although Palm Beach’s county commissioners voted unanimously last year to support the drafting of a wage-theft ordinance, no such law will be coming soon. In the wake of the retail federation’s lawsuit and pressure from business groups, the commission has tabled the issue and likely won’t deal with it at least until after the new year.

Palm Beach Commissioner Shelley Vana said that the best route for workers who are owed wages may be through legal aid societies and their pro bono lawyers. In a best-case scenario, Vana said, “we can get everyone working together without an ordinance.”

Jeanette Smith, the director of the faith-based advocacy group South Florida Interfaith Worker Justice, believes ordinances like the one on the table in Palm Beach are all the more important because Florida does not have a state labor department, which in other states is often the agency that investigates wage violations. Florida’s department was dismantled a decade ago.

“We all agree: Wage theft is bad; it hurts good businesses,” she said. “So what’s to know? Just pay your employees.”