Tear Down that Wall – Chuck D 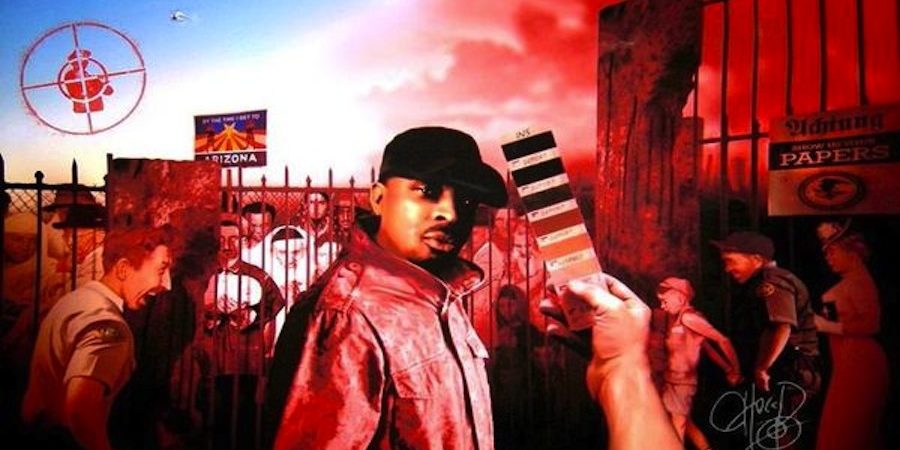 Chuck D – By the Time I Get to Arizona

Chuck D was a vocal opponent of SB 1070 upon it’s passage. His group, Public Enemy, first spoke out about Arizona during the controversy when the state refused to honor Martin Luther King day.

In April, 2010, the MC wrote a call to action on Huffington Post, published the song “Tear Down that Wall,” and painted a new piece on racial profiling titled, “By the Time I Get to Arizona.”