As momentum for federal immigration reform grows, Massachusetts is set to lead the nation by advancing the TRUST act, a state bill to provide immediate relief from deportations, strengthen public safety, and propel the national conversation on immigration reform towards inclusion.  Specifically the bill sets a clear standard for local law enforcement agencies not to submit to burdensome requests from Immigration and Customs Enforcement (ICE) most often prompted by the Se Communities (S-Comm) program to detain people for deportation who have otherwise been ordered released by the courts. The bill is authored by Sen. Eldridge in the Senate and Rep. Sciortino in the House and was introduced with 34 cosponsors. 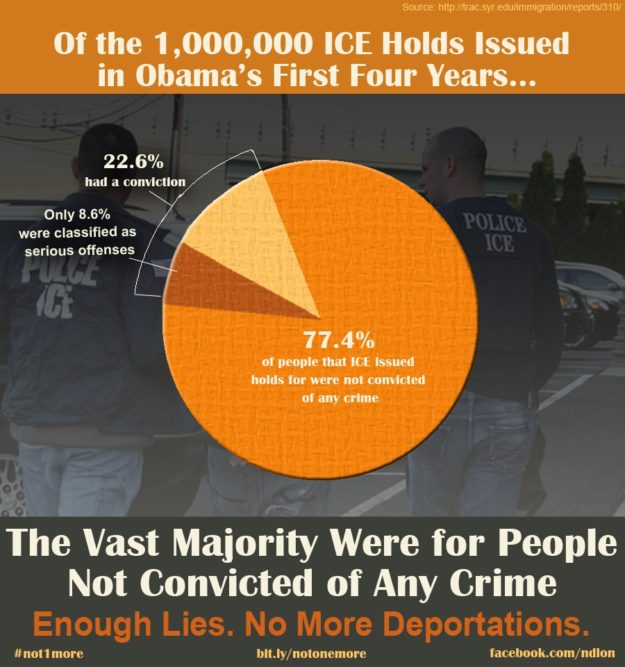 The President’s Priorities and John Morton’s Quota are Completely Incompatible   February 15, 2013 – Washington, DC. In response to the revelations in this morning’s USA Today that ICE agents believed careers were tied to boosting deportation numbers and the tactics they used to do so, Chris Newman, Legal Director of the National Day Laborer Organizing Network…