ENDING WAGE THEFT IS CRUCIAL TO REBUILD THE MIDDLE CLASS 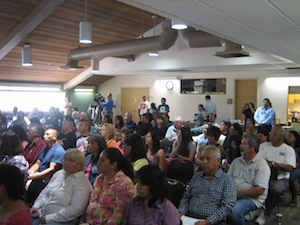 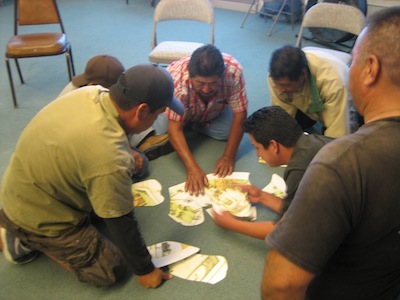 On June 13 and 14 we had a leadership development school for the day laborers in Santa Cruz County, California. Among others, we facilitated the works on how to prevent wage theft, how to organize a corner, work ethics and we did the day laborer power analysis. We also discussed with the workers the difference…

clinic Helvetica, sans-serif; text-align: left;”>The migrant rights movement in this country is about to enter a new phase and every person, no matter their position, will have to decide how they will relate to it.

While many are waiting to see the decision of the Supreme Court related to the Department of Justice’s SB1070 case, a human rights crisis of epic proportions is already roiling in Arizona.

The status quo we face now and the results of even the best possible decision from the Supreme Court still represent a steady march toward anti-immigrant attrition that the state has constructed over years.  First we faced efforts to restrict our ability to function in society: drivers’ license bans, denial of social services, and English only rules. Then they built ways to humiliate and dehumanize us through Sheriff Arpaio’s outdoor jails and Florence’s expanding penal colonies.

Cynicism at Obama’s election-year move aside, what gives me hope for real reform is the energy of the migrant rights campaign 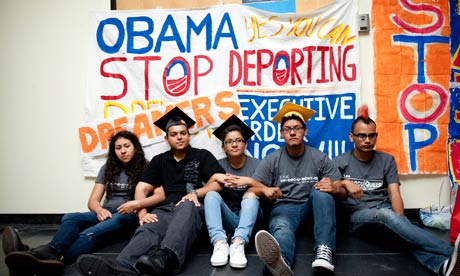 In a major announcement Friday 15 June, the Obama administration declared it will stop deporting eligible undocumented youth and grant them work permits. I was immediately elated to hear the news that could change the lives of family members, friends, and thousands of young people who face the threat of deportation every day. Yet, as the initial shock wears off, I can’t ignore a rising sense of skepticism in response to the president’s nakedly political move in an election year. Nor can I ignore his record so far.

Ever since the Department of Homeland Security decided to conscript local police as “force multipliers” in harsh immigration enforcement efforts, sick cities and states have found themselves unwittingly or unwillingly part of the controversial federal deportation program misnamed Se Communities. But a bold move last week by the D.C. Council [“In D.C., no warm welcome for immigration crackdown,” Metro, June 5] to protect residents from the effects of Se Communities should serve as a model for the country.

Report “Where Theft Is Legal: Mapping Wage Theft Laws in the 50”

By Progressive States Network on June 6, 2012 Full report (PDF) Appendices (PDF) To view the full report PDF, click here and to view the appendices, click here. The role of workers’ rights and workplace protections in the economic recovery has been hotly debated in state legislatures since 2010. Conservative leaders argue that labor regulations…

Cal/OSHA is actively investigating these two recent cases as suspected heat related deaths. One was a farmworker in Coalinga, and the other, s an 18 year old construction worker for a small company in Friant. While the deaths have been attributed to heat, the question is whether they should really be attributed to the failure…