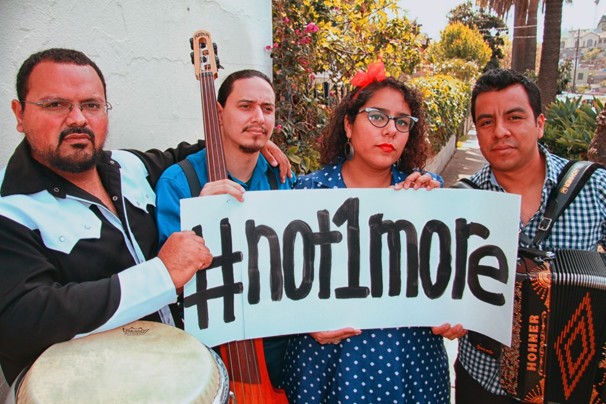 The just-released music video from Los Angeles-based La Santa Cecilia shares the anguish that the more than 11 million undocumented immigrants experience in the United States because of their precarious status. For the band members, “ICE El Hielo,” is more than just a heartfelt song tells of their community. La Santa Cecilia’s vocalist,…

A Music Video Without Papers | The Nation

hen the band La Santa Cecilia and the National Day Laborer Organizing Network approached filmmaker Alex Rivera to create a new music video a few months ago, he jumped at the chance. “El Hielo” translates to “The Ice” in English—and references the Immigration and Customs Enforcement Agency, also known as ICE, and its actions that split families apar…